Relief. This is what many immigrants (and citizens) experienced on November 6, when Joe Biden was declared the winner of the 2020 presidential election. Immigrants and their American-born relatives were breathing a sigh of relief, and many of us experienced a sense of hope that things might begin to change soon. For those of us who live here without documentation the constant fear and terror of being exposed and deported diminished. After four years of restrictionist immigration policy by the Trump administration that included the violations of human rights of children, asylum seekers and others, the dismantlement of the asylum and refugee resettlement system, and the reduction of legal immigration by 50 percent, the future suddenly looks brighter. This is the case despite the raging COVID-19 pandemic and the economic crisis. 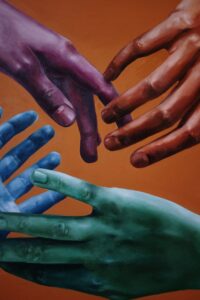 New Jersey is one of the most diverse states in the union and understands itself as a pro-immigrant state (Ask Governor Murphy, WNYC, January 27, 2021). Princeton is unique in that it is wealthier and better educated, on the one hand, and more diverse, on the other, than the average New Jersey town. The median household income in Princeton is $138,194. In contrast, the median household income in New Jersey is $82,545 and the U.S. it is $57,652. Only 5.8% of the Princeton population lives below the poverty line. More than 80% of Princeton residents are college graduates. This astounding number contrasts with 38% in New Jersey and about 19% in the U.S. The percentage of foreign-born residents in Princeton is 27%. By way of comparison, the foreign-born population in New Jersey is 23.4% and in the US, it is about 13%. Many immigrants in Princeton work for the university. In fact, one-third of the faculty consists of immigrants. An estimated 1,274 Hispanic immigrants live in Princeton. The town is richer than most places in New Jersey and the U.S., and its residents more educated and more diverse.

Once Biden actually became president, he did not disappoint. Only hours after his inauguration on January 20, Biden signed 17 executive orders in order to begin the dismantling of the Trump administration’s policies, many of which have inflicted real harm on America’s immigrant communities. For example, there is a 100-day moratorium on deportations that will shield most immigrants slotted for deportation from being removed in the next months, and there will be no family separations at the southern border. For asylum seekers, the so-called “Remain in Mexico” policy was revoked. 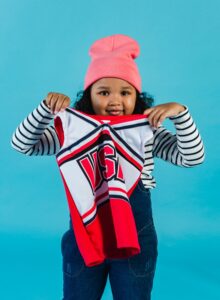 With one executive order, President Biden sought to strengthen the Deferred Action for Childhood Arrivals (DACA) program; DACA protects from deportation those immigrants who were brought to the United States as children (they are often referred to as “dreamers”). Trump sought for years to end this program and deport the dreamers. However, Princeton University never discriminated against dreamers and strongly opposed Trump’s policies towards them. Another of Biden’s executive orders revoked the Trump administration’s plan to exclude non-citizens from the census count, and another executive order overturned a Trump executive order that initiated the sweeping crackdown on undocumented immigrants, many of whom had been in the country for years and often decades. Biden also ended the so-called “Muslim ban.” The Trump administration had blocked travel to the United States from several African and Muslim countries, including Nigeria, Eritrea, Sudan, Tanzania, Kazakhstan and Myanmar. Biden directed the State Department to restart visa processing for individuals from these countries. This might have an immediate effect, in Princeton and elsewhere, on immigrants and other U.S. residents who seek to bring their relatives to the U.S.

Trump’s initial order, however, did not just prevent these countries’ immigrants from entering the U.S.; it also blocked refugees fleeing genocidal violence and political oppression from seeking protection in the U.S. 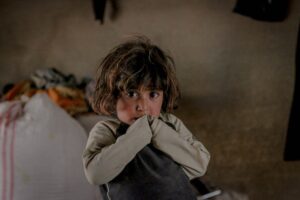 Consequentially, the U.S. refugee resettlement system had been strangulated. While refugees were resettled from Myanmar and Syria, for example, in Princeton, it is noteworthy that the numbers of resettled refugees decreased dramatically after the Trump administration took office in 2017. In 2016, 12,587 Syrians were resettled in the U.S., but this number shrunk in 2018 to only 62 Syrians who were admitted in that year.

Biden has also halted construction of Trump’s border wall with Mexico and has appointed a task force to help reunite the children who have been separated from their families under the previous administration.

These acts do not only alleviate fear and anxiety among migrant groups and individuals, who were affected by the Trump administration’s cruel anti-immigrant policies, but they also symbolize that the United States seeks to return to its historic role of being (to paraphrase Emma Lazarus’s words on the Statue of Liberty) the land that welcomes the tired, the poor, and “the huddled masses yearning to breathe free.” 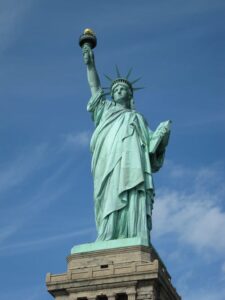 Perhaps the strongest symbolic act thus far has been the U.S. Citizenship Act of 2021, which Biden sent to Congress on the day of his inauguration. This ambitious bill, which calls for an eight-year path to citizenship for the 11 million undocumented immigrants in the country and for increased aid to Central American countries, seeks to overhaul and reform the current immigration system. The bill will likely face a long road ahead, and in its current form, I see no way for it to pass Congress and become a law. Therefore, regarding immigration, it seems to me that the Biden administration is strongly signaling a desire for progressive change. Whether the new administration has the will, stamina, and skill to push this bill through Congress is another question.

Symbolism is important. However, actions that lead to improvements in the daily lives of individuals are even more crucial. For example, New Jersey hosts four immigrant detention centers for Immigration and Custom’s Enforcement (ICE): three of them are in the Bergen, Essex, and Hudson county jails, and one is a private detention facility, run by CoreCivic, in Elizabeth. While immigration detention has always been cruel, the COVID-19 pandemic has further highlighted the dangerous — and deadly — nature of the immigration detention system. It is time to abolish these forms of imprisonment of people who usually have not committed any crime, except crossing the border without authorization. Not the least because other options of scrutiny that are safe and humane, e.g., electronic monitoring with ankle bracelets, have been available for decades. Biden ordered the Justice Department to phase out the use of private incarceration facilities, which house about 16 percent of federal prisoners. This order did not include ICE facilities that are run by private companies, such as the one in Elizabeth. Privately-run, for-business immigration detention centers could be easily included in the phaseout.

Whether we seek legislative change that will adjust the status of New Jersey’s estimated 526,000 undocumented immigrants or want to sponsor parents and other relatives to come to the U.S., any change will take time. Let’s hope that the Biden administration will pull through with some of these policies. More immediate economic help during the pandemic for our undocumented neighbors will most likely continue to be based on local help from neighbors and local non-profit organizations such as Princeton Children’s Fund (PCF), Coronavirus Emergency Relief Fund, Arm in Arm, and Share My Meals. However, consistent long-term improvements will only be possible with the passage of progressive immigration legislation, and the eventual status adjustment of undocumented residents, people who hold DACA, Temporary Protection Status (TPS), and other forms of non-resident alien status. To give these groups a fair chance, we need to open a path to citizenship for them.

Acclaimed researcher, teacher, and author Barbara Franz is a Professor in the Political Science department at Rider University, where she has taught since 2004. The author of Immigration Youth, Hip Hop and Online Games: Alternative Approaches to the Incorporation of Working-class and Second Generation Migrant Teens and Uprooted and Unwanted: Bosnian Refugees in Austria and the United States, she has written more than twenty research papers published in peer-reviewed journals (in both English and German languages), as well as numerous book chapters, articles, newspaper commentaries, and conference presentations. Twice a recipient of Fulbright Specialist Awards (Lithuania, 2017, and South Africa, 2019), she was the Immigration Specialist for a multi-year project awarded by the WWTF (Science and Technology Fund) for innovative research, design and interdisciplinary work. She received both a Ph.D. in International Relations and an M.A. in History from Syracuse University, and her principal research interests include immigration policies, the reception and inclusion of immigrants and refugees, and the politics of xenophobia, discrimination, and white nationalism