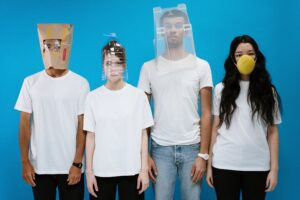 As Princeton approaches the start of its third year of adapting to SARS-CoV-2, the virus that causes COVID, we continue to be confronted with challenges while the municipality, all its individuals, and the towns around us learn to cope with how our world has changed and what changes will ‘stick.’ In this piece, I’ll offer my perspective from the point of view of a physician epidemiologist with 40 years of infectious disease control experience, and as a member of the Board of Health (BOH) of Princeton since 2009. I’ll summarize what the BOH has contributed to Princeton’s COVID response and what actions it may contribute to in the next year. I also offer any overview of what seems to be most agreed upon about the impact of the virus on our day-to-day life, while acknowledging that the situation continues to change and will almost certainly continue to surprise us in the weeks and months to follow.

What Is a Board of Health, and How Does It Function in Princeton?

Boards of Health were created in the United States starting in the mid-19th century and became almost universally common in the first decades of the 20th. Typically composed of local citizens who have a professional level of expertise in health-related fields, Boards of Health were created to solve an old problem that is new again during COVID: How can governmental organizations get professional advice on health-related matters, especially disease control, that is least likely to be affected by partisan divisions? The Board of Health of the Municipality of Princeton, which functioned for years as a combined Board during the years of Township and Borough, has members proposed by the mayor and confirmed by Council. To the surprise of many, the BOH has ordinance authority independent of the Municipality.

The BOH Actions During the Pandemic 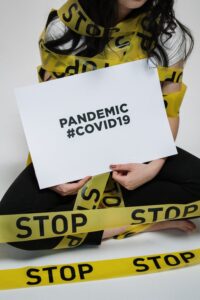 As the pandemic developed and has continued, the Board of Health has offered advice and counsel to the mayor, Council, health officer, and other members of the municipal government. It has supported and assisted multiple other organizations and groups in town on both specific issues, as well as overall guidance on best practices. It’s meetings, open to the public on the second Tuesday evening of each month, have served as an open forum to discuss the health impacts of the pandemic in the community.

While this took up much of the BOH’s time during Year 1, during Year 2 the BOH was able to return to broader initiatives, including the creation of an ordinance, since passed by Council, on Racism as a Public Health Crisis, while participating in the Cannabis Task Force and offering support to other Boards, Councils and Commissions in town.

Here I’ll move on to what I see as ‘what we’ve learned, what lies ahead,’ with opinions not necessarily those of other BOH members.

In the first weeks and months of the pandemic, Princeton experienced the same ‘super spreader’ and facility-based spread as other areas. This type of spread seemed most consistent with close contact, with occasional distant spread, and logically led to interventions to try to limit such spread. Today, as well chronicled in every media outlet, after many mutations of the virus, SARS-CoV-2 now behaves as infectious as the most infectious agents we know, such as measles or chickenpox viruses.

With these changes, interventions that purify the air we share, such as high-quality masks (really, technically respirators), filtration of indoor air, and self-quarantine of exposed and isolation of infected persons have taken on – and will continue – to have the greatest impact on limiting spread.

We Moved Through an NPI-Era though a Vaccine Era and are Now Entering a Vaccine and Disease Intervention Era.

NPI – non-pharmaceutical interventions – is an obscure sounding term that just signifies what we can do to limit infection, disease, and mortality without the benefit of medications, including vaccines. Handwashing, keeping your distance, limiting time exposed, and wearing a well-fitting mask are all ‘NPI’ that will continue to be used by many, and in specific situations, as our response evolves.

The remarkable creation of the mRNA and adenovirus-vector vaccines, along with mono-clonal antibodies for those at highest risk, opening Year 2 on a hopeful note and certainly decreased pain and suffering, and mortality, in those who had access to, and used, these interventions.

Princeton has had one of the highest vaccine ‘uptake’ rates in New Jersey and continues to do so as boosters and vaccinations for those aged 5 and above have become available.

As we move into Year 3, medications that can be taken at home to lessen symptoms, hospitalizations, and death offer more hope as their availability increases.

SARS-CoV-2 Is Here to Stay, and Year 3 Will Be the Year We Create Our “New Normal” 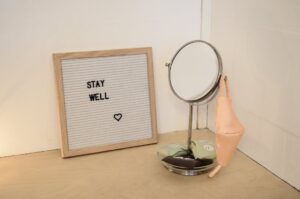 Perhaps the question I’ve gotten most during the past two years has been when will the ‘new normal’ – that phrase we may all already hate – arrive. My current best answer is that its already here, as we and our systems all struggle to adapt to what seems to be the reality that our vaccines, our NPI and our medications will not do what we hoped – eradicate SARS-CoV-2. While most likely the topic of another perspective, my sense is that we (in Princeton, the US, and the world) gave eradication our best shot, and the virus, and its interaction with human societies, have proven that our efforts are highly unlikely to eradicate the virus.

On a real level, all infectious agents are ‘one-offs’, that is, they have their own specific characteristics of transmission, infectiousness, pathogenicity, AND how humans, individually and in groups, react to them. SARS-CoV-2, while very different than the influenza viruses, has proven like the flu in its ability to infect enough people, mutate fast enough, and spread quickly enough, to stay ahead of containment and eradication.

Specifically, as we near the end of Year 2, we’ve already seen how the Town has acted to reinstate an indoor mask mandate in response to the Omicron surge, and how the Department of Health has moved to provide vaccinations ASAP to youth in town, boosters to all eligible, and support for multiple town organizations, especially all its schools, nursing homes, and restaurants and business, as they cope with this surge.

The Practical – and Emotional – Work Ahead to Get There

If we can accept that SARS-CoV-2 is here to stay, much of the practical work we must do, in Princeton, Mercer, NJ and the US are clear – and long and hard. And yet, while our goals of what we hope to achieve may be clear, the means to get there are likely to include much difficult trial and error. For instance, how do we routinely meet and interact, in schools, at work, at play, and in our self-government? When is it ‘safe enough’ – rather than ‘safe’ – to resume certain activities, and how do we balance the ongoing SARS-COV-2 risks with the risks and losses of remaining ‘apart’? And how do we emotionally accept the losses, difficulties, and differences of the past two years, and those certainly to occur in the year (and years) ahead?

Here, speaking only for myself, I have concluded that I must – as best I can – accept the missteps, arguments, tragedies, and follies of Years 1 and 2 to get on with the work of Year 3.  Not forget them – too many lessons have been learned and need to be remembered to forget – but to accept them so they’re not always right in front of my mind’s eye as I’m trying to focus on any present issue. Not a novel message, I know as I write it, but it’s the best I can do, and it may help a reader who has gotten this far, to focus on the challenges ahead.

George T. DiFerdinando Jr, MD, MPH, currently serves as Chair of the Board of Health of Princeton; he’s been a member of that Board since 2009. During his career in public health, he has worked with the New Jersey Department of Health as Epidemiology Intelligence Service officer, Deputy Commissioner for Public Health, and Acting Commissioner of Health. He has worked with the New York State Department of Health leading tuberculosis control, sexually transmitted infectious control, and maternal and child health management. With the Rutgers School of Public Health, he worked and then led the Center for Public Health Preparedness from 2005 through 2015 and remains an Adjunct Professor with Rutgers. He is on the boards of the National Alliance on Mental Illness of Mercer County (NAMI-Mercer) and the NJ Climate Change Alliance.