There has been a huge surge of hate crimes in the US since 2015. Perhaps the most visible sign has been mass shootings such as the one against immigrants in El Paso; against Jews at Tree of Life Synagogue in Pittsburgh, and at a Black Church in Charleston, SC. Within the past  year, mass shootings have targeted African Americans at a supermarket in Buffalo, and LGBT patrons at a nightclub in Colorado.

Substantial parts of online social media are brimming with hate speech. While the First Amendment doesn’t make such expressions illegal, they often are the basis for hateful indoctrination and ideation, which can then lead to violent expressions of such hatred. When hate crimes are investigated, often the perpetrator has been informed and inspired to take such hateful actions as a result of repeatedly viewing such hateful media.

As a peacemaking organization, the Coalition for Peace Action (CFPA) advocates for peace and violence prevention not only globally, but also within the US and our region of Central/South Jersey and Southeastern, PA. We have sponsored or co-sponsored major rallies against hate crimes targeting African Americans, Jews, Asians, Muslims, and the LGBT Community. 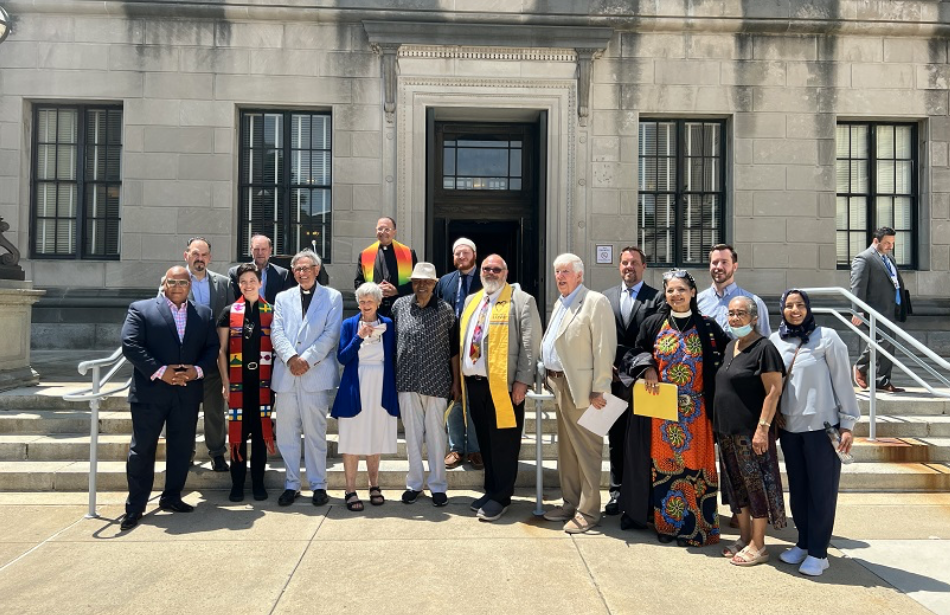 CFPA has also spearheaded efforts to strengthen gun safety laws that prevent violence-prone, hate-inspired people from being able to so easily obtain guns.

In 1993, CFPA’s Ceasefire NJ Project (CFNJ) successfully spearheaded the preservation of New Jersey’s Assault Weapons Ban after the NRA came close to rescinding it. By demonstrating that the NRA’s stranglehold on legislators could be overcome, national political leaders were inspired to pass a National Ban the next year. Tragically, it expired ten years later.

Since 2018, CFNJ has coordinated with NJ Governor Phil Murphy and the NJ Legislature in support of the passage of 22 new gun safety laws in NJ, making it one of the safest states in the nation in terms of preventing violent use of guns. But we still have more work to do.

In addition to working hard to keep guns away from people with hateful and violent ideology, CFPA has organized to have Solidarity by all people of good will expressed against Hate and Bigotry. After a recent credible threat of violence against synagogues in NJ, CFPA sponsored  a December 17 Vigil Against Hate and Bigotry on Palmer Square in Princeton. 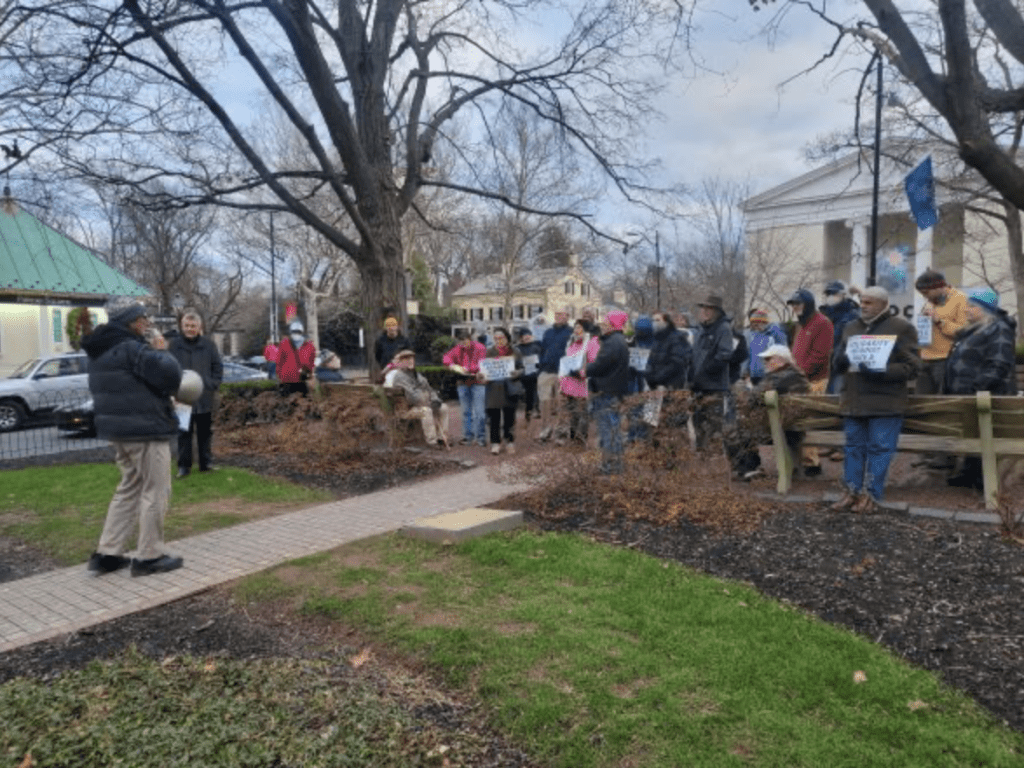 The Vigil was co-sponsored by Not In Our Town-Princeton; the Bayard Rustin Center for Social Justice; and the Princeton Community Democratic Organization. Diverse attendees included members of the Jewish, Muslim, African American, and LGBT Community, as well as others of good will. We were honored that Princeton Mayor Mark Freda was an attendee and speaker.

I am firmly of the conviction that we must not be passive in the face of this huge upsurge of hate and violence. The best antidote is to visibly and repeatedly stand in solidarity with the communities that are being victimized, as well as with all people of good will. We must not allow those acting out hateful ideology to divide us. We especially must not be silent in the face of such horrifying crimes.

Whether we are part of a group that is being victimized by hate crimes or not, we must pro-actively stand in solidarity against all expressions of hate. Some years ago, I—a white, middle-class male–started getting harassing phone calls in the middle of the night for my public advocacy for peace, and against hate and violence. I reported it to the Princeton police. The caller had an unlisted number, but the police found him and charged him with a crime—and the harassment stopped!

Standing in solidarity against hate and bigotry not only helps protect groups that are being harassed and victimized at the time. In the long run, it benefits our society as a whole, and moves us closer to the Rev. Dr. Martin Luther King’s vision of a Beloved Community

Speaking of Dr. King, I encourage readers to attend the annual Multifaith Service Honoring Dr. King’s Legacy at 7:00 PM on Monday, January 16. You can attend either in person (mask wearing urged) at Nassau Presbyterian Church, 61 Nassau Street in Princeton; or via livestream. The Service is co-sponsored by the Princeton Clergy Association and CFPA. For further information, including the livestream link, visit peacecoalition.org.

Rev. Robert Moore has been Executive Director of the Princeton-based Coalition for Peace Action since 1981. From 1988-2014, he also served as part-time Pastor of East Brunswick Congregational Church, and from 2014-2016 as part-time Co-Pastor of Christ Congregation in Princeton. Rev. Moore has played a leadership role in major activities in the US peace movement.