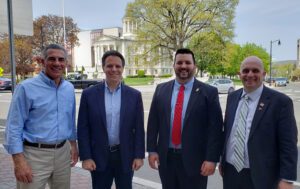 One of New Jersey’s top political battlegrounds, the 16th Legislative District (LD-16), is one of only three districts with split representation. The Republican slate is Mike Pappas, Vinny Panico and Joe Lukac. The Republicans are practical, common-sense problem solvers, who present a stark contrast with the more transactional, ideological Democrats.

When we started to build this team, we knew we needed to do something different, and we did just that. We ran a proven leader, a balloon pilot and a union electrician. We knew that we needed to draw a sharp contrast with the democrats, and they give us that contrast. 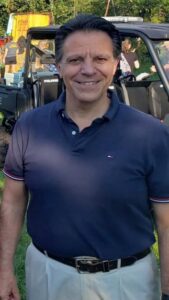 Bridgewater Township Administrator Mike Pappas leads the GOP slate. Mike has a resume that shouts “leader” and “problem-solver.” He served as Region II Administrator for the U.S. Small Business Administration, and as Deputy Administrator for Administration for the SBA. After his federal work, he returned to New Jersey, where he went to work in local government, where he began his career. Most of all, he is an inspirational leader.

Mike’s leadership was on display following Tropical Storm Ida. Ida buried the towns along the Raritan River under 10 inches of rain. The Bridgewater Township government, led by Pappas, Mayor Moench and the Council, held an emergency meeting two days after the storm to arrange cleanup and repairs for critical infrastructure. The Bridgewater government collected supplies that helped Bridgewater residents and residents of neighboring towns such as Manville, Bound Brook and South Bound Brook cope with flood damage. They did so with minimal fanfare. 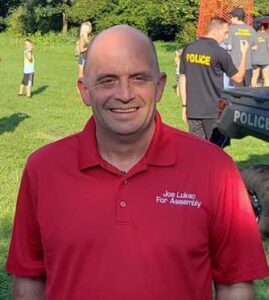 Manville Councilman Joe Lukac is a union electrician who holds a responsible job in a power plant. Joe is by nature and experience a problem solver. If he doesn’t solve problems at work, then thousands of New Jerseyans could go without power.

Like Mike, Joe also responded to the storm with no fanfare, only hard work. When Ida dealt a catastrophic blow to Manville, Joe and his wife Sharon woke up the following morning and snapped into action. It is part of their DNA to serve and to help others with their own hands. They have done it before in previous floods. In the weeks following Ida, they obtained relief supplies and helped distribute them to Manville residents out of the Manville Veterans of Foreign Wars Hall. They served others before they took care of flood damage to their own home.

Service is in Joe’s DNA. Without flinching, he rolled up his sleeves and got to work as a volunteer. Did he post photos of his good deeds? No.

What did the Democrats do? They visited Manville and posed for photos. The Somerset County Commissioners were slow to get help to Manville, whose borough hall was under water. Assemblymen Zwicker and Freiman joined the Commissioners and Governor Murphy in photo opportunities, but did little else. Their support for Manville was a mile wide and an inch deep; the problem is that the water in Manville covered two-and-a-half miles and was several feet deep. 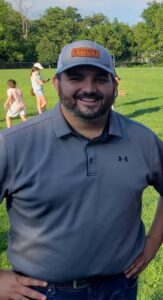 Hunterdon Central School Board President Vinny Panico is, among other things, a hot air balloon pilot. He is also a proven problem solver. Vinny’s leadership of that board is rare and incredibly successful. Under his leadership, the Board has paid off its bonded debt. Under his leadership, the district continued its educational momentum during the coronavirus pandemic, with the students missing minimal amount of instruction.

The LD-16 Democrat experience with education is very different. Where Panico has shown leadership, Assemblymen Freiman and Zwicker have failed their district, both where community colleges and public schools are concerned.

The Democrats failure to meet their commitment to local public education is glaring in LD-16. Like the community colleges, a major component of local school funding is state funding. The state takes in tax revenue, part of which is to be returned to the school districts to fund public education. During incumbent Freiman’s tenure in the Assembly, the Hillsborough School District has lost $6.4 million in state aid. As a result, Hillsborough has made deep cuts in its budget, and has had to resort to layoffs. Freiman lives in Hillsborough, but he sat idly by while the Murphy Administration gutted Hillsborough’s state aid.

Sadaf Jaffer’s record as Mayor of Montgomery is not one that exudes “problem solver.”  Mayor Jaffer inherited a Republican plan for a modern municipal building when she became mayor. That plan would have cost the taxpayers $24 million. When Jaffer and the Democrat majority were finished, the price tag had increased to $35 million.

Mayor Jaffer’s interests appear to be more ideological than practical. She showed her true self in a podcast in which she stated, “ . . . once the entire country is all Democrats, then I can try pushing them farther to the left . . . that’s what I want.” The times demand practical problem solving, not more ideology.

While the race’s local dynamics are important, the political trade winds favor Republicans for the first time since 2015. In the wake of the catastrophic withdrawal from Afghanistan, voters question the competence of the Biden Administration. As a result, President Biden’s approval numbers have plummeted. Rasmussen polling conducts a daily presidential tracking poll. President Biden’s approval index has ranged from -21 to -29 in recent weeks, which suggests a red wave is in the making.

Together with President Biden’s problems, the pandemic has revealed a Murphy Administration which has overseen a Motor Vehicle Commission mired in delay and bureaucratic gridlock. Governor Murphy’s policies are responsible for 8,500 New Jersey nursing home deaths due to the coronavirus. His failure to protect nursing home residents from the coronavirus has opened the eyes of Garden State voters, many of whom have lost a loved one to the disease. This issue has resonated with voters and has opened the door to a Ciattarelli administration. 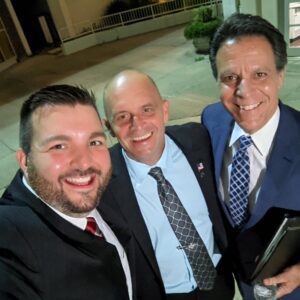 I have known Jack for thirty years. He is an MBA/CPA whose small business experience makes him the ideal candidate to reform messes such as the MVC, but he can’t do it alone. He needs problem solvers in the legislature, like Mike Pappas, Vinny Panico and Joe Lukac. Put this all together, and you have an atmosphere in which Mike, Vinny and Joe will thrive, and win, both as candidates and legislators, and change New Jersey for the better.

Tim Howes is the Chairman of the Somerset County Republican Organization and former Counsel to the NJGOP. He practices law, and maintains offices in Raritan and Gladstone.