When I was asked to write this article about the safety issues that Asian Americans experience during the COVID pandemic, I asked myself: what does safety mean to me? Certainly, with the rising anti-Asian hate crimes and assaults, I am worrying about my physical safety a lot more than before. But is it just about physical safety? To me, feeling unsafe is also about feeling vulnerable, isolated, and excluded.

Recently, in a discussion with Princeton Board of Education’s Diversity and Equity Committee, I was corrected twice when I referred to the China-born Assistant Principal at Princeton High School as an Asian American. “She is Chinese,” I was told. The board members later apologized. While I appreciated the apology, I was nonetheless feeling angry, vulnerable and hurt. How can I feel safe in this country if I am repeatedly told that I don’t belong? Perhaps a simple piece of data may help here: In 2019, more than 20% of the student body at Princeton Public Schools (PPS) were Asian Americans.  By contrast, there were zero Asian American administrators in PPS. I don’t hold any personal grudges against the board members, because I know this only reflects the culture of our town and our schools. More importantly, I believe people do grow.

In the rest of this article, I will discuss how the long history and the persistent patterns of exclusion and discrimination hurt the Asian American community, physically, mentally and professionally.

The past year has been a year of the COVID pandemic. Asian Americans, especially Chinese-Americans, have been experiencing a double pandemic – COVID19, and a pandemic of Asian hate. 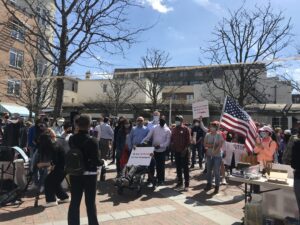 A series of deadly assaults of innocent and vulnerable Asian American and Pacific-Islander (AAPI) elderlies and women in San Francisco, Atlanta and New York sparked the national movement #StopAsianHate. A non-profit website, StopAsianHate, had been recording self-reported Asian hate incidents that include physical assault, verbal harassment and shunning, and/or civil rights violations. In one year, since March 2020, the website documented over 3,000 incidents reported by the AAPI community nationwide. Many members of the community broke their silence and protested against anti-Asian hate crimes on the streets in Spring 2021. In Princeton, thousands of community members joined the effort at Hinds Plaza on March 27th in front of the Princeton Public Library.

The publicity of attacks and resistance raised more awareness about the AAPI community, but it did not stop Asian hate crimes from continuing to rise. As of May 2021, StopAsianHate recorded three thousand more incidents, an increase of 70% in merely three months.

These tragic events serve to reveal the deep and pervasive roots of racism and xenophobia against Asians in this country, which has long been selectively neglected in the public discourse.

The history of Asian Americans has been a history of exclusion, racial exploitation, violence and scapegoating by mainstream society. The Naturalization Act of 1790 and the Chinese Exclusion Act of 1882 not only denied naturalization rights but prohibited reunions of families and other civil liberties including education (Lee, 2016). AAPI people have been treated as forever foreigners of this country, and easily blamed and targeted. The AAPI community has endured various traumas throughout our history, including lynching and massacres in the 1800s, the internment of Japanese Americans during WWII, the murder of Vincent Chin in retaliation for Japanese competition threatening U.S. jobs in the auto industry, as well as post 9-11 inspired hatred. 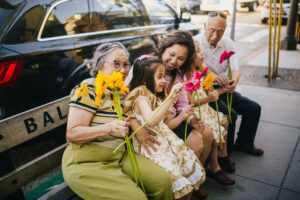 Despite suffering often from unequal status and rights, Asian Americans have contributed significantly to the building of America throughout history. With the tradition of excellent work ethics and strongly valuing education, Asian-Americans are often viewed as high achieving. The public image of Asian Americans is therefore often painted as a model minority success story.  However, despite many achieving financial success due to their good work ethic, the experiences of discrimination and implicit biases are never unfamiliar to Asian Americans.

Additionally, this stereotype of the model minority, in combination with the rising fear of anything or anyone related to China, has created a deeper sense of insecurity in the AAPI community. More recently, an unprecedented surge of academic espionage charges and arrests was made by the federal government against Chinese-American scholars working in many fields. Workplace discrimination against Asian Americans has become an increasing concern. Stories of Asian Americans being punished by colleagues for seemingly minor transgressions that would not be a problem for others, and more broadly being excluded from business activities are emerging frequently.

In corporate America, Asians are viewed as good implementers but not leaders. Many have found themselves encountering the bamboo ceiling while seeking executive and management level advancement. Locally, even less space is offered for Asian Americans. In Princeton Public Schools during the 2019-2020 school year, there were no Asian American administrators even though more than 25% of the enrolled students were Asian American. As of this writing, there is no Asian American representation on our local council or school board, either.

As a result, highly educated Asian Americans find themselves stuck in technical and specialized professional tracks such as dentistry, accounting and computer technology, where structural discrimination and cultural biases have relatively less impact. In sharp contrast, they are severely underrepresented in senior management, especially that in public domains, education, arts and creative fields. Because of the massive under-representation in managerial positions, Asian Americans, particularly Chinese-Americans, often find themselves feeling exposed and lacking support, especially when they decide to fight against institutional racism and biases by rejecting their model minority status.  In some cases, they risk retaliation in their professional workplaces. 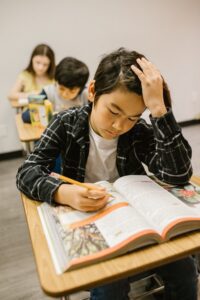 The perceived narrow path-to-success foreshadowed by model minority status has a profound impact on the psychological well-being of Asian Americans. These broad integration difficulties, combined with Asian values placed on education, often lead to overbearing parenting especially in children’s education. Yet even a hyper focus on education can only go so far: “Despite their exceptional educational credentials, we found clear evidence that Asian professionals are over-credentialed in education to achieve parity with whites in the labor market,” (Business Standards, March, 2019). In combination with persistent stereotyping and bullying they experience at school, AAPI students often suffer from mental health issues. They have significantly elevated rates of concerning mental health symptoms, including suicidal ideation and suicide attempts despite having lower rates of diagnosed psychiatric illness (Chen et. la., Psychiatric Services, 2019). Suicide is the number one cause of mortality among Asian American youth (National Vital Statistical Report, 2016).

This May, Asian Heritage Month, we ask members of our community to take a moment to reach out to your Asian neighbors and let them know that you understand the fear they are experiencing. We ask that our local government, school board, businesses and senior management teams take a moment to reflect upon the bias that is likely embedded in your own organizations and dare to confront such biases by promoting Asian Americans to leadership positions and provide them with the support needed to be successful. Racial harmony takes proactive steps. Only if we all are committed to racial justice can we hope to eventually eradicate xenophobia and racism.

Growing up in Beijing, Ying Lu came to the U.S. in 1997 and her first stop in the U.S. was Princeton, where she attended the graduate program at the School of International and Public Affairs at Princeton University. She returned to the Princeton area in spring of 2019 after living in NYC for more than 10 years. She has also spent time in Boston, Chapel Hill and Boulder. Ying is currently an associate professor at NYU teaching quantitative research methods and education. Ying, her husband, and two children are now enjoying their lives in Princeton. Their beloved family members also include a sweet cat Pipi, who is 21 years old(!), and four happy chickens in the backyard.