Skip to content Skip to main menu
Home › How Has 2020 Shaped Princeton? › 2020 and the People of Princeton 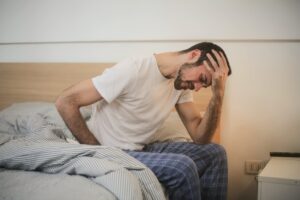 The happenings of the past year have shaped us all – from the COVID-19 pandemic to the economy, racial justice protests as well as politics – some have felt things more than others.

To understand the dynamics, Princeton Perspectives surveyed 80 local adults. The replies were anonymous but the facts remain clear, 88% of respondents felt strongly that 2020 has complicated their lives in some way. Nearly 80% are maintaining the same financial status this year (with most now working from home) and 55% have had no major health issues, but that doesn’t mean things are simple. Mentally and emotionally it’s been a challenge. Logistically, trips have been canceled, working-from-home get tricky and the expense of more groceries is challenging some.

“Economically, socially, financially, spiritually – everything has taken a negative hit in town. Mental health has also taken a hit,” shared one respondent.

The inevitable uncertainty of what’s to come is hard for many to handle.

“Actions that used to require little or no thought, because they were habitual or safe, now require forethought and greater planning,” noted another survey-taker. 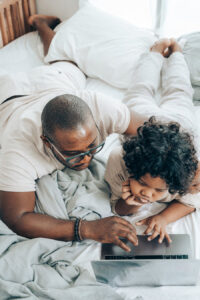 Whether it was the balance of home maintenance, like coordinating pest control and HVAC workers with everyone home or the increased demand to care for children and help with their remote schooling, 2020 has added burdens and changed what had been predictable.

“I’m used to having children in school and a set routine,” stated another. “This year, depending on the week and COVID cases in school, kids may or may not be at school in-person. And that makes planning things as a mom trickier. Also, waiting in line at grocery stores only to find they are still out of Lysol and other cleaning supplies. Then off to another store I go!”

In this new normal we are living in, most of the people polled said Princetonians are doing a great job following protocols and helping to control the spread of the virus. 63% feel the resources and information provided (through the Mayor’s daily email, Governor’s briefings, websites, etc.) have helped them through.

With closures and limitations slowing life down a bit, many are taking advantage of spending more quality time with family, reading more books and enjoying time in nature. There are other beneficial changes, too. People are loving the outdoor dining on Witherspoon Street and around downtown, less traffic on local roadways and more available parking. Several of those surveyed have used the downtime to clean up their house (37%), take better care of themselves (26%), learn a new hobby (13%) and advance their education or career (8%).

With fewer places to go and a decrease in organized activities, one person noted maybe we were not thinking straight before.

This time has been “a pause to stop, breathe, take stock in how unsustainable the pace of so many of our lives may have been prior to the pandemic.”

The slowdown, however, has had its costs. Though 53% say they are willing to dine outdoors at local restaurants, there is an acknowledgement the downtown economy has sacrificed the most in 2020. To help them shop, curbside pick-ups were noted as a beneficial change and 48% said that is their preferred method of shopping today while 41% said they will go into specific stores as needed. 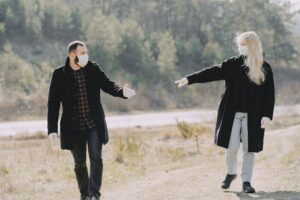 Having a social life, whether out at a town establishment or in other ways, has also suffered. Only one person admitted they would go inside to enjoy a bar today. People really miss being with friends and family, though they’re not willing to risk getting COVID to do so. Nearly three-quarters of respondents told Princeton Perspectives they stay at home much more than they used to. 83% of the people we heard from will only spend time with others outdoors, and 74% are hanging out alone, with their spouse or only within a small bubble of people. They feel this social loss for their kids, too.

“Our kids’ feelings of connectedness to others and independence from adults — no more play dates, walks in town, shopping on their own for a birthday or holiday,” explains a respondent.

67% of those surveyed have kids and 61% have chosen to take advantage of the hybrid model or in-person options for them, as opposed to complete remote schooling (though that number seems to be shifting towards more remote as winter progresses). Many also pointed out the changes in school attendance and school events are negatively impacting their children. When they’re not in school, parents are still finding ways for their children to socialize. Only 4% admitted their children do not play with others at all right now while 64% are permitting only outside play – most of that being within a tight bubble of friends or with only one or two peers.

While most take note of how the pandemic has affected them, there’s also the acknowledgement of the hardships facing others. 51% of those surveyed have donated more to non-profits than usual and 23% have volunteered more this year than in years past, including a heightened need to reach out to those that live alone. Isolation is a word we’ve heard more this year than ever, and something to be concerned with not just for the older generation but for children schooling at home as well. 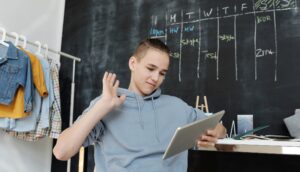 If you learned at home, that used to be mean you were homeschooled. Today, that term is often confused with remote schooling, children enrolled in a public or independent/private school but learning at home. 2020 surely is a year that has made us redefine words and add new ones into our vocabulary, as one respondent cited.

“I think it would be interesting to look at the new terms everyone now knows after the pandemic: remote learning, hybrid model, social distancing.”

After the death of George Floyd, the terms social justice and racial justice became more commonplace than in recent years. And this re-energized movement has affected many. People gathered worldwide, including thousands by the Princeton gates, declaring a need for change. Yet, 60% of those we heard from said they haven’t seen much change with regards to the impact it’s had around town, noting it takes time. Respondents were fairly evenly divided in their beliefs that the biggest changes so far have occurred in our schools (20%) and with regards to interpersonal relationships (18%). Nearly 40% stated they haven’t seen any positive changes yet and one noted they think things have unfortunately gotten worse since June. One public change locally, which got unanimous school board approval, was the removal of John Witherspoon from the name of Princeton’s middle school.

“Changing the name of the school is a slap in the face of history. At the time slavery was socially acceptable. I am disappointed and do NOT Consider it an improvement,” commented one survey-taker.

Another added, “Changing the name of the school was a waste unless they change programming.”

It was noted in the Perspectives Revisited section last issue that Princeton schools have added several new racial literacy courses and more equity training for staff. The local private schools have also pushed forth new plans for racial equity. 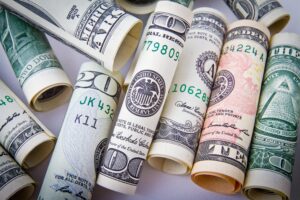 The past year has also seen some major economic ups and downs, On one end, 5% of our survey respondents have lost jobs this year. Local non-profits, like the Mobile Food Pantry and Share my Meals say they have seen an increase in need for food as the months of the pandemic roll on, with 15% of those we surveyed finding 2020 to be financially difficult. On the other end, Princeton has the lowest unemployment rate in NJ and thanks to the strong rebound of the stock market, a handful of people told us they have found the year to be financially beneficial.

Some may say that’s thanks to President Trump, though he’s a leader the majority of Princetonians don’t favor. 57% claim the government has played a negative role in their lives this year and those same people believe 2021 will improve for them once President-elect Biden is sworn in. Living in Princeton recently as a Republican or Conservative-leaning voter has been difficult for several who commented on the survey.

“The inability to freely express your opinions in an open exchange of information and ideas has created a deep divide among friends and social groups,” explained one person.

This is a reality with politics and the pandemic, as the way people distance and when or where they mask-up has pitted more than one family against another. Stress amongst friends and family, caused by these issues as well as the pandemic in general, has weighed on many. 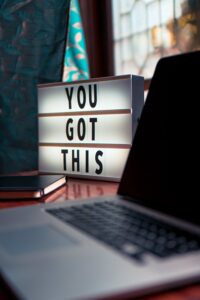 The struggles are real and it is easy to see the negatives. But with the vaccine rolling out and 2021 around the corner, there is hope that 2020 has shaped a different way of thinking that can lead us to better days going forward.

As one person put it, “I think we are more appreciative of what we do have.”

And another regaled, “It has been a challenging year, but Princetonians are resilient!”

The Pulse of Princeton:
How has 2020 shaped you?