Princeton – The History All Around Us 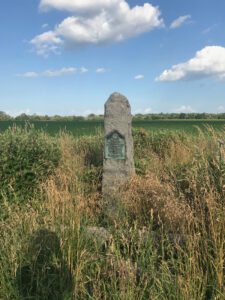 Princeton is a unique town in many ways. Built more like a small city, it has culture, shopping, restaurants, multiple world-renowned educational institutions and such a vast historic landscape. On nearly every corner you can find something to learn about Princeton’s past.

There is so much you likely pass by on any given day without knowing its historical significance. For example, did you know the building that is currently home to Hamilton Jewelers was once one of Princeton University’s first dormitories? Or that the concrete clam shell-shaped fixture on the other side of Nassau Street was a drinking trough for horses in the 1800s? Have you realized the Clarke House as you see it from Mercer Street across the Princeton Battlefield is actually the back of the home (the front faces towards the woods)? Read more…

Pulse of Princeton:
What’s your favorite historical fact about our town?

We asked people around town to share what their favorite bits of Princeton history are. Watch the video, you might learn something new!

In Issue # 13, COVID – A Year in. The Local Realities., we shared with you the toll the pandemic has taken on the residents of Princeton in the article A Year Later, the Full Picture of COVID in Princeton. When we published it in March, Princeton had confirmed 625 COVID cases throughout the previous year, since March 10, 2020. Now, four months later, there have only been an additional 68 cases reported amongst our residents. For comparison, Princeton saw just as many cases in a 14-day period from 12/8/2020-12/20/2021. According to Princeton Health Officer Jeff Grosser, “Vaccination efforts have paid off and reduced new infections.” To date, 75% of Princeton residents ages 12 and older have completed their vaccinations.

In Issue #16, Positive Parts of the Pandemic, the article Pandemic Pets Helped Some Find Happiness Amongst the Hardships told of a drastic uptick in pet adoptions since spring 2020. There are rumors circulating that shelters are full again with animals that people had taken home and returned, realizing they couldn’t take them on once life resumed more normally. Both SAVE animal shelter in Skillman and Easel animal rescue league in Ewing say that rumor is not true. SAVE has not had any animals returned that were adopted there during the pandemic or from other shelters/rescues/breeders. Its shelter is full of cats and dogs as fewer people have been seeking to bring one home the past couple of months. Easel says its adoptions vs. returns is similar percentage-wise to past years and says as life has been returning to normal its number of applications has also dropped, though this time of year is usually slower.