Skip to content Skip to main menu
Home › 2020 Elections: Everything You Need to Know to Vote Locally & Informed! › Political Perspective: From a Princeton Republican 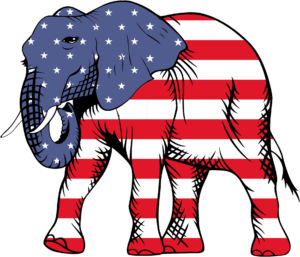 What is it like to be a Republican in Princeton, Mercer County, New Jersey? When working on this elections issue, many Republicans or conservative-leaning voters were reluctant to speak their minds. They feared retaliation from the liberal majority. Current records indicate slightly fewer than 2,000 Princeton residents (of just under 21,000 registered voters) are registered Republicans, though several “independents” may share their views. To expand on the views of the local Republican party for those that align with it and to enlighten everyone else on what the “other” party thinks, we reached out to the Chair of the Princeton Republican Committee, Dudley Sipprelle, to get his perspective on today’s political climate.

Princeton is an exemplar of a phenomenon that has been building in America in recent years. What we are witnessing is a geographical sorting and ideological clustering of Americans.  The location of a renowned Ivy League university in town which is also Mercer County’s largest private employer has attracted many people to Princeton who share the university’s progressive liberal mind-set.

The Princeton Municipal Republican Committee is a legal entity defined in State Statute.  It is composed of publicly elected members, two for each of Princeton’s 22 voting districts who are elected in the primary every four years.  The local committee members are also members of the Mercer County Republican Committee.  The members represent the political interests of their constituents within the party.  The role of local Republican committees is similar throughout the state and includes the recruitment and endorsement of candidates for public office and promotion of the Republican brand.  The success of local committees is directly related to the number of Republicans in the community, the ability to raise funds, recruit qualified candidates and volunteers and to put it bluntly, the availability of patronage, that is, the power of appointment to coveted municipal boards, commissions and committees.  This appointment power lies with our elected Mayor and the six Council members, all of whom are Democrats.

Although there are 11,519 registered Democrats in Princeton, the party

apparatus is essentially controlled by a relatively small group of “insiders” or what is known as the political “establishment” which decides policy.  This group is often the most partisan party members and has a low tolerance for dissent.  The insiders include a number of elected officials and members of the Democratic Municipal Committee.  The Municipal Committee’s campaign endorsement means the endorsed candidate has “won the line” and will appear in the official Democratic column.

Why is this important?  Because the overwhelming majority of Democrats vote the “straight party line,” that is, straight down the party column from top to bottom.  It is widely understood that winning the Princeton Democratic primary decides who will be elected to office in the general election.  It is virtually impossible for dissident Democrats, independents and Republicans to win election to office in Princeton.  In addition, 75-80 percent of the registered “unaffiliated” vote for Democratic candidates. The party faithful are quick to unite around the Democratic party primary winner.  Having gained office, elected officials turn their focus on remaining in office and the way to do that is not “make waves,” that is, don’t depart from the party policy line.

We can count on a flawed election process owing primarily to the Governor’s hasty and poorly thought-out decision to go to an almost total vote by mail (VBM) election without a reorganized system and trained staff in place to handle millions of paper ballots.  The perpetual vagaries of the U.S. postal system are well-known: undelivered mail, misdirected mail, lost mail, delayed mail, trashed mail.  Add the pandemic which is affecting staff.  The instructions for the VBM ballot are complicated and confusing and result in a high percentage of ballots being rejected and voters disenfranchised.  The voting process is directed by the County Board of Elections and there is not much we can realistically do locally beyond carefully filling out our ballots and using the VBM drop box at Municipal Hall.

The viral pandemic is on everybody’s mind and has upset our lives and economy.  We will overcome this pandemic in due course as we have in the past.  We will not see a return of economic strength and prosperity, however, if we don’t lower taxes and our debt.  This is topical locally where taxes continue to rise and our community is consequently adversely affected.

(The unwavering partisanship that impacts the local political environment has been discussed above in section 3.)

“Diversity” is the mantra that suffuses every political campaign in Princeton.  Every type of diversity one can think of is promoted and accepted.  The one exception is political diversity.  The idea of a Republican, however qualified, being elected or appointed to a position is not seriously entertained.  Until a significant number of Democrats subordinate their partisanship and consider merit as a basis for election or appointment to office, Republicans cannot gain traction.

We must overcome the demoralization of many local Republicans who have experienced defeat in recent elections in spite of valiant efforts and highly qualified candidates.  We can help candidates for national and statewide office by increasing Republican turnout and encouraging candidates to recognize they have a role to play in energizing local Republicans.

Local government as exemplified in Princeton is too often characterized by elected officials pursuing their own agendas, lack of community involvement, torpid bureaucracy, over-regulation and a lack of transparency and accountability.  Our community deserves better but will continue to be plagued by high taxes, indecision and outcomes that have questionable benefit to local residents and taxpayers until voters accept that party labels alone do not produce good government and are willing to vote for change.

Dudley Sipprelle, originally from Compton, CA, is Chair and member of the Princeton Republican Committee (2005-2020). A retired teacher of History, Economics and English and a coach in the California Public School System, he was a Foreign Service Officer, U.S. Department of State for over 30 years, responsible for political/economic reporting and analysis, protection of American citizens, immigration, refugee & human rights affairs. Sipprelle was a Diplomat-in-Residence and Visiting Professor of International Relations at Lehigh Univ. and received a Presidential Meritorious Performance Award from President Reagan. In retirement, he enjoyed a year as assistant girl’s basketball coach at Stuart Country Day School, was Chair and member of Princeton Regional Sewer Operating Committee, and has been involved as an ESL Certificated Tutor, as well as with Princeton University International Center, Mercer County Literacy Volunteers, YWCA Princeton ESL program, and Nassau Christian Center.

The Pulse of Princeton:
With the election upon us, what issue is most important to you and why?

Make it a Meaningful Countdown to the New Year

Where Does Princeton Stand? A Local Perspective on National Issues