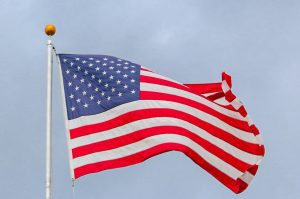 “The American Anti-Corruption Act is based on a model promoted by the grassroots citizens group Represent.Us. Last July, Princeton’s governing body became the first in the nation to sign on.” Editorial in the Times of Trenton (February 2015)

From Princeton’s early action to the present time, there’s been a sea of change in our politics at both local and national levels. Broadly speaking, it’s a tale of polarization and partisan divide. It’s also a story of citizen volunteers, led by Represent.Us and our allies, working to fix our broken political system.

Defining this change was the collapse of New Jersey’s newly-enacted dark money law in 2019.   Now, 3 years later, leaders in the State Senate and Assembly have introduced a new bill called the “Elections Transparency Act” (S2866/A4372). To regulate “independent expenditures” or dark money, the bill’s sponsors have had to thread the needle carefully. Understanding what’s happened over this time can serve as a primer for effective grassroots political action.

The back story began in Princeton on July 14, 2014 (Bastille Day). Mayor Liz Lempert and the Council meeting in regular session voted its consent in support of Anti-Corruption Legislation.  The vote was unanimous; the resolution was signed by the Council’s clerk, Linda McDermott.

Calling for “tough, new anti-corruption laws for politicians, lobbyists and outside groups such as Super PACs…to restore ordinary Americans as the most important stakeholders in government,” this resolution aimed squarely at the Supreme Court’s Citizens United (2010) decision.

Super PACs, like Americans for Prosperity, and secretive 501(c)(4) social welfare groups were spending huge amounts of money to win elections that benefit their donors more and the general welfare of citizens less. We, at Represent.Us, enlisted legal experts to write model legislation, called the “American Anti-Corruption Act,” to rein in these excesses. Princeton’s anti-corruption resolution made history as the first to endorse these principles.

The resolution called upon the 12th Congressional district representative and the 16th district New Jersey state members to support anti-corruption legislation in the U.S. House of Representatives and the State Legislature, respectively. We, as local citizens and team leaders of Represent.Us, having urged the Princeton Council’s action, took pride in this success. It marked the beginning of our campaign to gain local support for an “end dark money” law in New Jersey. 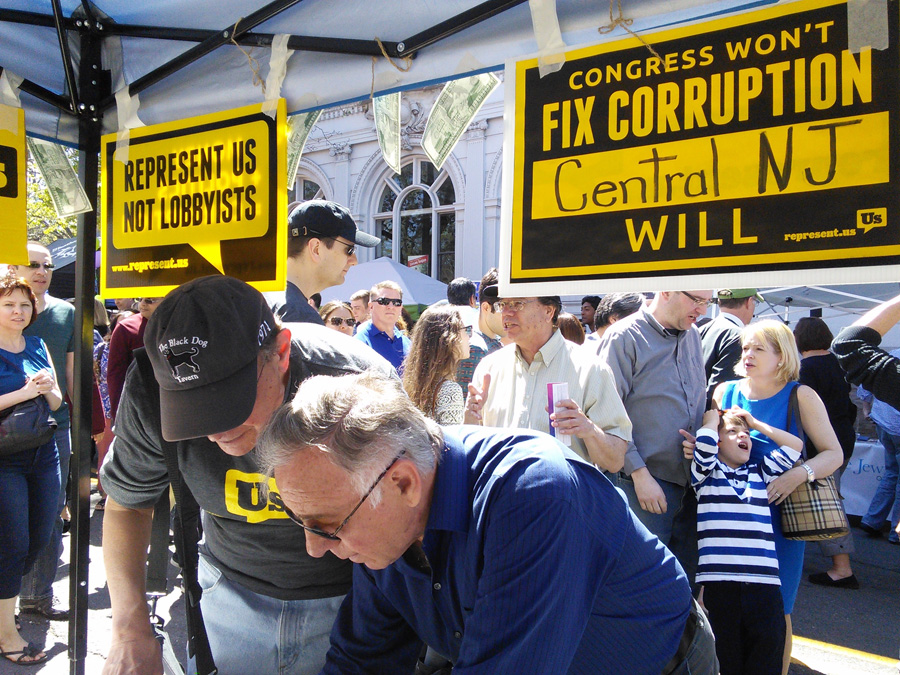 We sponsored events at the Princeton Public Library and monthly meetings at the Unitarian Church in town, along with films about money in politics. We hosted tables around town, including at Princeton’s annual “Communiversity,” talking about anti-corruption reforms to whomever would listen, giving out our literature, and seeking signatures on our petitions.

With the Princeton resolution in hand, we traveled to near-by towns to enlist more volunteers and make presentations to their elected officials. We started with neighboring towns in Ewing and Lawrence townships. Then, we fanned out across Mercer and Middlesex counties. Next, we traveled to Red Bank in Monmouth County and north to Raritan Borough in Somerset. We met with town councils in these places – with Democrats, Republicans and independents – and eventually won approval of resolutions from all these elected bodies.

By 2018 with nearly a dozen resolutions on file, it was time to work with allies in the Legislature. We knew that running for office will always cost money, but the imbalance between the power of secret “dark money” groups and accountable political committees, post-Citizens United, was staggering. Here’s the data:

Combining those amounts left no doubt: We needed to end secret money in New Jersey! 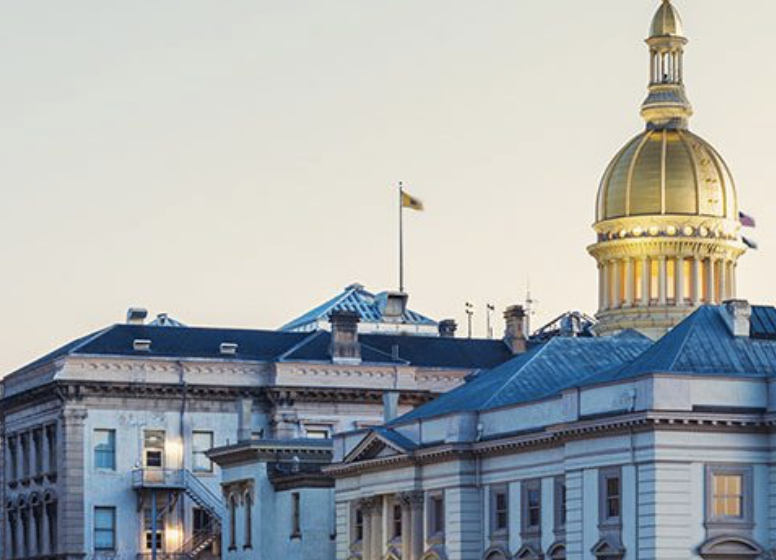 During the first days of 2019, progress looked good. In January 2019, the Senate’s version of a “dark money” reform bill was approved 12-0, on a bipartisan vote in the Budget and Appropriations Committee. Later that month, the Senate voted 31-0 to add an amendment barring officeholders from serving on these independent expenditure groups.

The bill looked to be on track for final approval in the Senate and, then, onto the New Jersey Assembly for its action. Things stalled when word came out that the Governor had problems with this legislation.

Governor Murphy’s conditional veto of the final bill removed the provision barring public and elected officials from being associated with these independent expenditure funds. That included “New Direction New Jersey,” the Super PAC with secret donors who supported the Governor’s policy agenda. Eventually, a compromise was reached, where in return for the Governor’s signing this law, so-called “clean-up” bills would be introduced to remove his objections.

The law (S-150) Gov. Murphy signed in 2019 never made it to the clean-up stage. After his signature, a group of plaintiffs, from the Koch brothers to the ACLU, challenged the law’s constitutionality. Their claim was that regulation of privately-funded advocacy violated the First Amendment. In post-Citizens United America, donor money had become an expression of free speech. We led a protest in front of the Federal Court House in Trenton in September 2019. Inside his chambers, the district court judge ruled with the plaintiffs and struck down the law.

This ruling changed everything. Where the 2019 law was broad and expansive seeking decisive regulation of dark money, the proposed Elections Transparency Act is “narrowly tailored” to focus on disclosure and survive the Free Speech test of the Federal judiciary and the conservative super-majority of the Supreme Court.

Disclosure will shine light on dark money in New Jersey. Those who scoff and oppose the bill’s other provisions strengthening political parties and regulating pay-to-pay laws may not appreciate the constitutional limits on reining in dark money in this hyper-partisan era. But that’s the reality.

The NJ State Senate and Assembly versions of the Elections Transparency Act have not yet made it out of committee, but are expected to move forward this year.

We know there’s more to do and will build on our experience to work with like-minded legislators. We’re reminded of what the 2015 Trenton Times editorial acknowledging Princeton’s lead said:

“In the best of all possible worlds, there would be no need for an anti-corruption resolution…Clearly, we’re not living in that world – yet.”

David Goodman is the leader of Represent New Jersey, a chapter of Represent.Us, a national grassroots anti-corruption movement advocating for election and campaign finance reform.