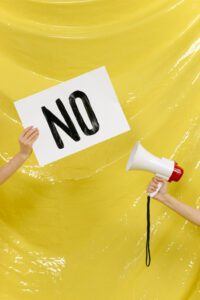 The year of 2021 was an eventful year. Since the pandemic isolation from 2020, we yearned for social normalcy especially after the breakthrough of the COVID-19 vaccine. However, the social, racial and political divisions were deepened. The anti-Asian hate crimes increased more than three-fold in New York City in 2021 compared to a year earlier. In March, a shooting spree in Atlanta killing six Asian women spurred nationwide protest against anti-Asian sentiment. Princeton Chinese Community (PCC) together with other community groups organized a local rally and vigil in response to the Atlanta killings and increased anti-Asian crimes. Hundreds of local residents participated. As a Chinese immigrant, I finally felt a sense of belonging after living in Princeton for seven years. I felt a calling for us to step up and be involved in civic responsibilities to unite with all races and ethnic groups for the common good rather than tolerating hatred and division. Several of us created a Princeton Civic Engagement WeChat (CEW) group. In September, the group started a campaign to support Jeffrey Liao, the first Asian American who stood up to run for a Princeton Board of Education (PPS BOE) seat. Although he did not win, we learned how to forge together to mobilize grassroots for a common cause.

In November, a petition was circulating in the CEW group. The petition called for signatures to prohibit marijuana retail shops near schools, playgrounds and residences in Princeton. The reason for the petition traced back to Princeton Cannabis Task Force (CTF)’s recommendation to Princeton Council to open up to three cannabis retail stores with only a zoning requirement of 200 ft away from schools. Many of us were caught off-guard by this shocking recommendation. Even more shocking was the unanimously adopted CTF report that contains mostly one-sided opinions that support local retail stores, no risk-benefit analysis. Marijuana is still a federally illegal substance. Plenty of scientific research data shows that marijuana adversely affects adolescent brain development. Opening recreational marijuana stores in family-oriented Princeton normalizes this substance use. We could not just sit and watch this happen. 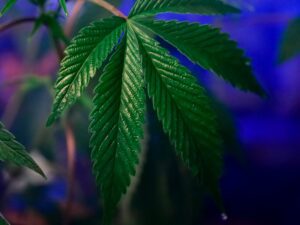 In the CEW group, we quickly mobilized people who opposed the CTF’s recommendation and planned to attend the council public meeting held on November 30th to discuss CTF’s report. At the meeting, many participants voiced their concerns and opposed the recommendations. Instead of being silent and letting the CTF and the council members decide on this controversial issue that affects families and children in our town, we decided to stand up and fight. Some encouraging signs came out of the meeting: one council member suggested opening one dispensary first and proceed gradually. Another council member expressed support to the concerned parents and proposed to at least hear from these concerns. We were encouraged to approach the council member who expressed willingness to listen and soon got connected with other parents from different backgrounds who were equally concerned.

Parents from our local public, charter and private schools, people of all different races, some who grew up here and some who moved or immigrated here and those with grown or no kids started talking and sharing concerns about what felt destined to happen. Through private conversations, a group unofficially called “Princeton Parents” was created to specifically educate ourselves and other residents on the pros and cons of opening retail dispensary stores in town. 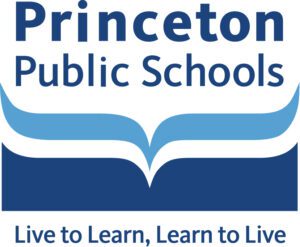 In early December, PPS BOE issued a statement echoing some of the concerns, especially urging a 1000-feet buffer from schools and requesting part of the tax revenues get directed to youth drug education and township and dispensaries’ enforcement of no sales to minors.

The Princeton Parents group was further encouraged by PPS BOE’s position statement and alignment. A campaign was launched to seek those residents who oppose opening the dispensaries to come forward and speak up to the council and mayor. A dedicated website was created to share resources with local residents on the impact of dispensaries on public health, safety and also underage use. A survey was distributed to solicit public opinions – a survey that has demonstrated we are speaking on behalf of many, many Princeton residents and not just ourselves, out of 900 responders over 740 said no to pot shops. Weekly emails have been sent to encourage residents to write to council members and the mayor and participate in the survey. After rounds of emails and personal communications, the town council agreed to set up a dedicated meeting on March 29th, 2022, to hear public opinion on this very issue. 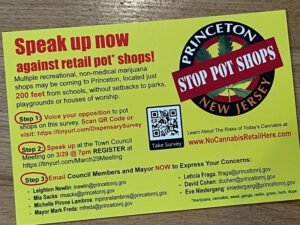 The Princeton Parents group chipped in our own money and printed and mailed postcards and created yard signs to call for participation in the March 29th council meeting. We reached out to each of the council members and mayor and had honest conversations about whether the risks of opening dispensaries outweigh the benefits. We encouraged others to do the same. To be objective about the issue, we did substantial literature research on benefit and risk analysis of recreational marijuana legalization (RML) and experiences from other states that had RML. We reached out to experts in the field, for example, Dr. Aaron Weiner, who has done extensive research on association of local dispensaries with youth marijuana use. We shared his work with Princeton council members and the mayor and invited him to present at the March 29th meeting. Several medical and mental health professionals also came forward to testify from their practices the risks of marijuana to youth and vulnerable populations. 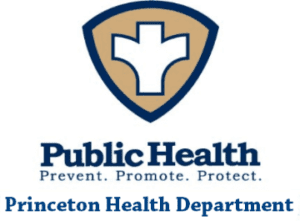 In early 2022, another expert advisory board, Board of Health (BOH), had their February meeting to discuss the health impact of recreational cannabis legalization and also the CTF’s report, for the first time among the BOH members. A subcommittee consisting of 3 members drafted a resolution that recommended any action to approve cannabis dispensaries in Princeton be deferred pending extensive additional planning and preparations to minimize possible negative effects, especially on the Princeton vulnerable populations such as children, pregnant women and people with medical conditions. The resolution was discussed at their March 8th meeting and most of the Princeton Parents group members attended and expressed our strong support of BOH’s position.

Many more residents joined the Princeton Parents group after becoming aware of the issue through our campaign. One parent from a local Boy Scout troop was compelled to join the force to set up a good example for his son. He believes today’s marijuana with unregulated THC content is a public health issue. He’s concerned what kind of message are we sending to the kids if we allow recreational marijuana stores to open in our town? Another parent who recently moved to Princeton expressed his anger and frustration.

“I moved to Princeton because of its good school systems and family-friendly environment. I did not sign up to allow pot shops to open in our town, which is against our values,” he shared.

Some parents relocated here from Europe. They witnessed first-hand the consequences of marijuana smoking, especially among young people. They wanted to send warnings to our town: don’t jump on the bandwagon yet, there are medical and mental health consequences.

The force to oppose retail cannabis stores grew stronger. At the March 29th meeting, over 345 residents joined the Council and the Mayor for the Zoom meeting with 33 people speaking against the retail stores and 15 in favor (2 to 1) and 2 neutral. By 11 pm, there were still 36 hands up, waiting to speak. The mayor called off the meeting for that night and a follow-up meeting has been scheduled for May 17th. The overwhelming number of attendees to the 3/29 council meeting has made history.

In April, at the monthly BOH meeting, resolutions to defer opening stores and follow an experienced educational plan were passed unanimously, solidifying a showing from our health experts to council that there are public health concerns with opening retail cannabis stores. This unanimous vote played a critical role in shifting the conversation.

The emails that had been sent to Council but not read at the 3/29 meeting have just been made public. There are over 85 emails attached to the agenda for the May 17th special council meeting reacting to the opening of retail cannabis stores in Princeton. 2/3 were against Princeton retail cannabis stores. It’s essential to note that one of those emails against the stores was additionally signed by 300 members of our local Chinese community. 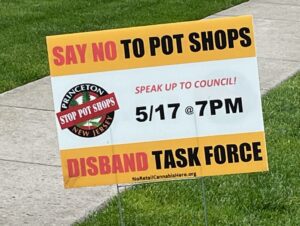 With the BOE statement, the large majority comments from the public against retail stores in Princeton and the BOH resolutions urging council to hold off, the strong opposition cannot be ignored by the town council anymore. May 17th will be an opportunity to hear more and then hopefully Council will make a decision.

It is often easy to sit back and let others fight the hard fights. But it is also sometimes impossible to do so. I am proud to show my children that I will stand up when I feel something is wrong, and I will speak up when I think something can be done better. I am proud to have met and worked with the many in this town that feel the same. I am not an activist, none of us are, and we are not a well-funded group. But we felt compelled to not just sit and watch an industry take over our town without precautions. We hope that our fact-driven, focused and sensible efforts will help our town and those that live here.

We’ll know more after May 17th. Whatever direction Princeton decides to go, I hope that our efforts to inform our residents and Council will ensure it is done with eyes wide open.

Minzhi Liu* is a Statistician working in the pharmaceutical industry with a Ph.D. in Biostatistics from UCLA. She is also a Board member for Princeton Charter School. Her family has lived in Princeton for the past 7 years. Minzhi’s daughter went to Princeton Middle School and is now a sophomore in college, her son is an 8th grader at Princeton Charter School. She loves traveling with her husband, Alex, and the kids. She is also passionate about singing and an enthusiastic runner, especially running with her teammates from Princeton Running Team.

*This article was written as a private citizen. All views in this article are personal and do not represent the views of the Princeton Charter School or its Board.