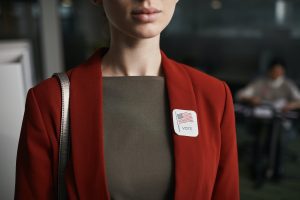 The United States has always had its divisions within politics which, for the most part, didn’t influence people’s daily lives or conversations. Yet in recent years, like it or not, politics has become part of the fabric of how people live their lives, make decisions, talk and view others. The Democrats have their key issues, Republicans have theirs and some would argue that both sides have shifted to the point that moderates within the parties either no longer exist or are not strongly regarded. This has led to a growing number of people who, whether officially registered as such or not, describe themselves as Independents. For the purpose of this article, we’ll be using the terms Independent and Unaffiliated interchangeably, since ‘Unaffiliated’ has been the statewide registration classification since 2006.

New Jersey has a lot of voters that are not officially aligned with either of the major parties. Across the state, there is a narrow margin differentiating Unaffiliated from Democratic voters, with merely 2.2% more voters registered as Democrats vs. Unaffiliated (37.6 U, 38.9 D, 23.1% R). New Jersey’s District 16, which incorporates Princeton as well as municipalities from Hunterdon, Middlesex and Somerset Counties tips a little the other way, with more registered Unaffiliated voters than it has Democrats or Republicans (37.6 % are Unaffiliated voters). The gap then leans back towards the Democrats when you look at Mercer County alone, where 37.3% of voters classify as Unaffiliated vs. 45.5% Democrat. 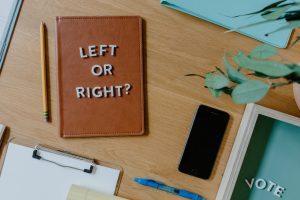 “76% of Americans are dissatisfied with the direction that our country is going in—this is among people of all political persuasions (Independents weigh in at 77%). Nationally, more people consider themselves independent” explains Sue Davies, founder of New Jersey Independent Voters. “According to the August 2022 Gallup Poll, 43% of voters consider themselves independent. This, however, doesn’t mean that they are all registered as independents. In states like New Jersey that require voters to register in a party in order to vote in the primaries, many people are forced to join a party even if they don’t want to, but still identify as independents.”

In a town like Princeton, where recent municipal elections have only had Democratic candidates on the ballots, the need to choose a party to vote in primaries does make a difference. As of early October, 58% of voters in Princeton are registered Democrat, 32% are registered as Unaffiliated.

Another Gallup Poll from this summer also shows that 52% of Millennials consider themselves Independents, and that number is rising. A large number of Veterans tend to pledge allegiance to their country and not to a party, registering as Independents as well.

So, party affiliation gives us a hint at political alignment, but it doesn’t paint the full picture, as one Princeton voter recently confirmed, “I am registered as a Democrat (since they have the only contested primaries around here. On the Republican side, there is nothing to vote for in the primaries, and sometimes they don’t field a candidate at all). I believe I do qualify as an Independent voter based on my actual political views.”

Another fallout from the requirement of party affiliation to vote in primaries is that it if one wants to maintain an official Unaffiliated status on their voter registration, they are prevented from taking part in the decisions as to who will be on the general election ballots. This year’s primary saw only 12% of voters head to the polls in Mercer County. 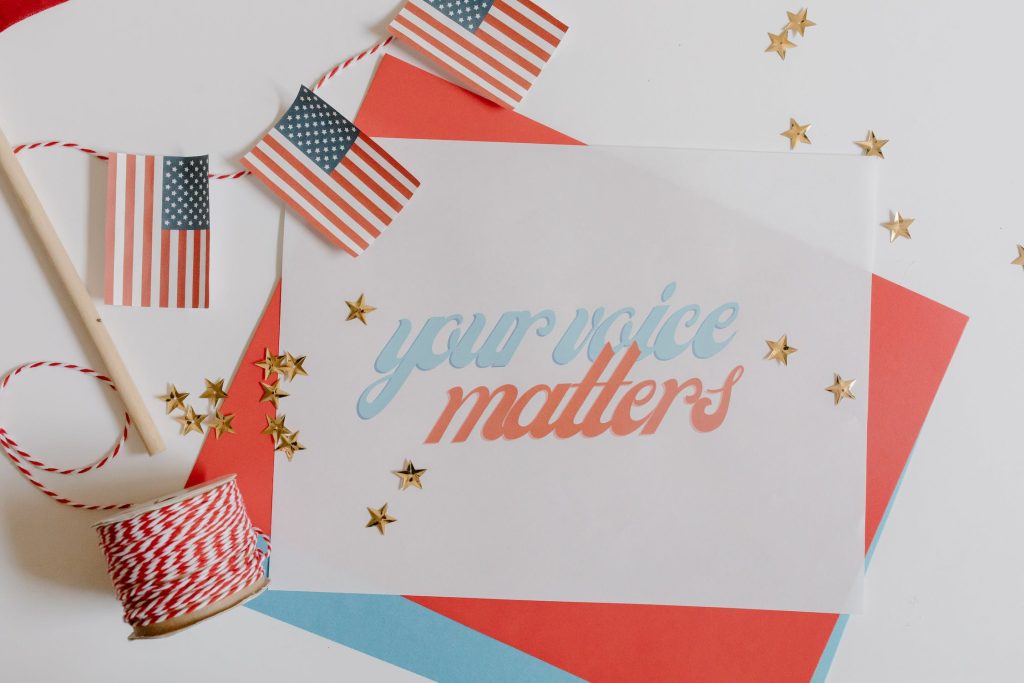 Despite that lapse, the Independent voter has played a major role in the November polls for more than a decade.

“We decided the outcome of the last three presidential races. We swung by eight points for Obama, four points for Trump and 13 points for Biden. The media and pundits often talk about us as if we are just ‘leaners’. In their eyes, we’re either closet Republicans or closet Democrats, but we are neither. We need to change this narrative,” Davies contends.

The need to align with a party is not just something voters struggle with. Another Princetonian shares anonymously that he feels it affects the candidates as well.

“When one is running in Princeton, they have to choose a party, or they won’t get votes. It’s unfortunate you can’t just run as an independent and win, but the Democratic party in Princeton has been historically so strong, even if you feel the party has left you behind, you have no choice but to run as a Democrat. Who’s going to run as a Republican in Princeton? You’re dead on arrival.”

So, if the voters feel forced to choose a party and the candidates do as well, where does that leave the Independent voter? Their views, which often straddle the center, used to align more with one party or another. But the shift seen amongst both major parties now leaves voters often feeling left out or straddling both sides. Many Independents believe the Democratic party, has gone so far left that if you have a middle-ground thought you are considered far right rather than center. Similarly, they feel shunned from the Republican party if their views are more moderate.

“Being a 2-party country for the most part is really challenging because I mostly agree with mainstream Democrats, but the extremely liberal beliefs are hard for me to accept. And on the Republican side, there are a few conservative ideas that make sense, but the extremely conservative beliefs have me screaming for the hills,” shared Pamela Adler, a registered Unaffiliated voter in Princeton.” This is true on the local, state and federal level but it is not seen as much in local Princeton politics (in my opinion).”

With the general election less than one month away (even earlier if you take advantage of the Early Voting Period), how does an Independent voter vote? Whereas many voters that believe in a party’s beliefs will vote party line, that option doesn’t exist when you don’t have a party candidate to vote for. Therefore, Unaffiliated voters need to do a bit more homework before heading to the polls. Studying up on each candidate, their background and what they stand for (which can be found in this issue in Where Do I Vote, Who is Running and What Does Each Candidate Stand For?) can help a voter choose a candidate that sways more to their liking.

“For me, the candidate is more important than ever. It’s a tough choice because you support a candidate as you like a majority of their issues even if they’re going to caucus with a party whose platform you don’t fully agree with,” a Princeton voter shared anonymously. “If I do my homework and look at voting records, this is a lot to ask from a voter. But I think that’s why this election more than any in the past is tough for people that consider themselves Independent and straddle the center.” 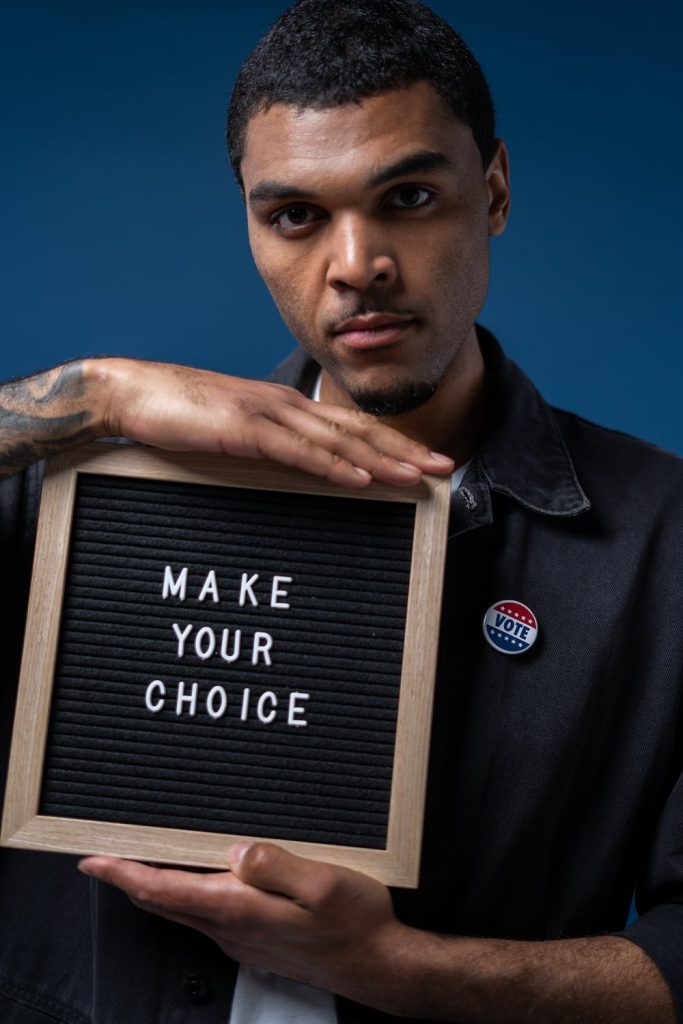 Unaffiliated voters are now finding themselves voting for or against issues. Those in support of abortion rights may lean towards a Democratic candidate while those in favor of stricter border policies likely lean towards a Republican one. This can be further complicated when a candidate aligns with you on one major issue but against you on another.

“Ideally, people should vote for a candidate rather than against his or her opponent. But in a time when fringe ideas are drowning out majority opinions and performative virtue signaling is displacing pragmatic problem solving, I’d vote for anyone who is for stopping the runaway train of radicalism and bringing back the underrepresented common sense,” explains a Princeton Independent who preferred to go unnamed.

It used to be that labelling oneself an Independent simply meant that you were free to vote how you felt, which often that meant leaning towards one party at a certain moment in your life, and another party at another point. Princeton Independents have shared with Princeton Perspectives that they don’t feel that is the case anymore. Yes, they can secretly vote at the polls for one candidate versus another, but they’ve expressed that politics has become such a part of daily life that those aligned on either side of the aisle tend to judge them for their lack of party affiliation.

“I found myself in the middle, paralyzed, and most people I know want me to choose a side,” shared Rita Rafalovsky, who has decided to work against the divide by running for a local spot on the school board. “People nowadays cannot exist without being assigned a label, and for this reason I’ve grown to hate labels more than ever. If you don’t choose a label, people will assign a label to you, and that’s a real turn off for me. I am proudly without a label, supporting specific policies that I firmly believe are good for my family and my country.”

Besides running for office, there are other ways to push against the need to affiliate, for example fight for open primaries which do not require one to be aligned with a political party to vote. Open Primaries exist in some states and in more than 70 NJ municipalities their local elections are non-partisan. Some voters simply want the right to have their opinions and vote how they want without being judged. However, if you want the Independent voice to gain more strength, you can share your opinion with the national group of Independent Voters.

“Take our national survey. This is a way for independents to get our voices heard. We are just under 38% of the voters in the state and we need to begin to flex our political muscle, to demand that all voters have the right to vote without being forced into a political party,” Davies says. “We need to create a much more democratic system that places power in the hands of the people not the parties.”

Princeton voters that don’t want to choose a Democrat or Republican do have an option to vote for a Libertarian for Congress but, for 2022, it is expected that candidates aligned with the major parties will win. So will you choose to vote for or against an ideology, for or against an issue? Whether you’re a Democrat, a Republican, Unaffiliated or aligned with a smaller party (as 0.6% of Princeton voters are), hopefully you can find your place this November and feel confident in your vote.