Skip to content Skip to main menu
Home › Vote Informed - Your Complete Local Guide to the General Election 2022 › The Dissolution of Debate in 2022, A Republican Perspective 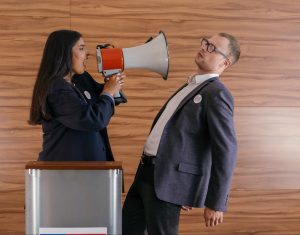 As an Ivy League student from California, I am no stranger to the stifling of open discourse. In the classroom and the political arena, it has been made abundantly clear that those who do not hold the dominant views must seriously consider the repercussions of sharing opposing opinions. This suppression of thoughts and ideas hinders our ability to discover solutions that could lead to great progress. Instead, the same failed attempts are repeated, with no true advancement. I fear this is the trend that has developed in Princeton.

With a Princeton Town Council and Mercer County Board of Commissioners that is composed almost entirely of Democrats, there are minimal opportunities within these formal legislative bodies to hear any Republican viewpoints expressed. This can be discouraging to many, causing citizens to resign themselves to the status quo, believing the odds of any political change or shift are unlikely. This couldn’t be further from the truth. Although it is true that the Republican voice is not currently the majority, abstaining from participation will only worsen this trend. The current state of Princeton politics urgently necessitates strong and consistent civic involvement, particularly through the electoral process.

Princeton Republicans must continue to run strong, principled candidates for local and national offices. These candidates must run to win but be ever mindful that even through the campaign process, they fulfill a valuable role: ensuring that the Republican viewpoint is heard and considered in public policy discussions. From one-on-one conversations with community members to larger public forums, the perspectives of Republican candidates are made known, encouraging independent thought and the respectful exchange of ideas that must exist in order to find solutions to the challenges that Princeton is currently facing. 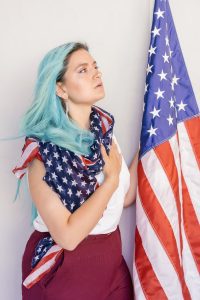 However, the most important forum for this type of discourse is the public debate. This unique platform allows candidates to directly engage with opposing ideas and beliefs, granting a better understanding of the underlying values that matter most to the constituency they will represent if elected, and making them more effective leaders. The problem emerges when candidates simply refuse to engage in this type of discourse, as is currently the case within New Jersey’s 12th Congressional District race, where Princeton is located. Incumbent Democratic Representative Bonnie Watson Coleman has seemingly expressed no interest in debating her Republican challenger, Darius Mayfield. This is despite Mayfield repeatedly expressing his willingness to debate, and a public petition showing support from the community for this to occur. Coleman has yet to respond, and with less than one month until election day, it seems unlikely the citizens of Princeton will be able to reap the benefits such a public debate would provide.

While some may view this one-party system as advantageous as it enables them to achieve their personal political goals, it is important to recognize the dire reality of the situation in Princeton. The Town Council has been entirely Democratic since consolidation in 2013, making the passing of solely Democratic agendas more likely. The evidence of these failed policies is clear: persistent, widespread construction causing massive inconvenience for Princetonians and a municipal tax rate that has increased by more than 11% since consolidation. The status quo of a Democratic majority is clearly not benefiting the citizens they have been elected to represent. 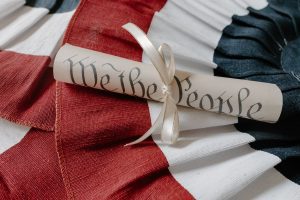 Once lauded as the home of one of the greatest bastions of free thinking and intellectual discourse, Princeton may soon complete its transition into a monolith where dissent is not only discouraged but altogether eliminated. A Princeton where political candidates do not debate and citizens do not engage, is one where the voices of Republicans become inaudible. Ideological diversity, the basis for many of the discussions that have historically led to societal progress, is now absent. Without the necessary influence of differing perspectives, values, and ideas, positive change will become further and further out of reach. Princetonians must return to their historical roots of bold and tenacious thought, restoring bravery and respect through discourse. Regardless of party affiliation, these should be virtues all citizens must uphold.

Jaden Stewart is a Freshman at Princeton University studying political and religious philosophy, legal theory, and public policy. He is a member of the Mercer County Republican Committee, a staff writer for the Princeton Tory and the Princeton Political Review, and an undergraduate fellow in the James Madison Program in American Ideals and Institutions.