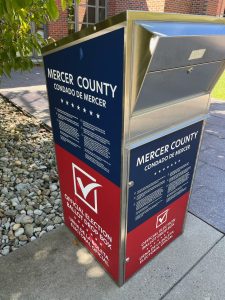 I got back into local journalism a few years ago, frustrated by the fact that there was nowhere to learn about the many local candidates that would appear on my ballot. Sure, I might have seen an ad or an editorial, but I wasn’t finding any information about a candidate’s experience, plans for office, and no unsolicited information to help sway my vote. So, I wrote an article about some. Now, I dedicate every October issue to informing you as a voter. This issue of Princeton Perspectives marks the 3rd annual elections issue.

As a journalist, I work hard to provide unbiased information, which can be hard when talking politics. If I feel one side needs a chance to speak out, I also provide that opportunity to the other. This month’s issue will not only shed light on where and how to vote and who you can vote for, but it will also provide you with an opportunity to better understand those in your party and that align with the opposite party from you – also those that don’t align at all.

Before we get into politics, we wanted to update some stories that we’ve covered for you in the past. Have a special pup you like to walk outside? There’s some amazing news about a dog park that you can read about in our Perspectives Revisited below. We’ve also got some updated information on how the town has chosen to make a newly renovated intersection even safer. Read on to learn more.

As always, I went into town this month to get some comments from locals, as a way to add perspective to our magazine. I normally have people clamoring to speak with me, but this month was different. First, I encountered many local residents who are not citizens and therefore can’t vote. Second, many people were resistant to speak publicly about their political views. I asked people what sways them as a voter, and we did find some that were willing to share. You can see what they have to say in the Pulse of Princeton video.

And now, onto the juicy details about the election. Though some may have already done their civic duty by voting by mail, many will be heading to the polls later this month and in November. So, it’s important to know Where Do I Vote, Who is Running and What Does Each Candidate Stand For? This article provides all of that information so you can vote informed.

Beyond the ballots, understanding political nuances and viewpoints can lead to greater understanding of your friend, family member or neighbor and enlightened citizens make good citizens. So, in this issue we’re providing information from the three major perspectives, the Democrat, the Republican and the Independent voter.

The Realities and Impact of the Independent Voter breaks down what it is like to live in Princeton and not align with a political party. Do Independent voters still have an impact on elections? Read on to find out.

In Princeton, there hasn’t been a Republican candidate in office in many years and one hasn’t even been on the ticket for a few. Does that mean Republican views and opinions don’t matter in town? The Dissolution of Debate in 2022, A Republican Perspective explains why they do.

On the opposite side of the aisle, A Local Democrat Looks Towards November to provide insight into what matters as you head to the polls.

I hope you find this information as useful as I do. Politics can be confusing, divisive but can also be wonderful. The more you learn and understand, the more of an impact you can have. Happy reading!