Skip to content Skip to main menu
Home › View all posts by Thomas A. (Tommy) Parker 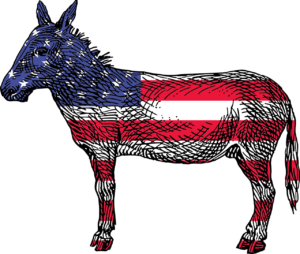 What is it like to be a Democrat in Princeton, Mercer County, New Jersey? It is the predominant party here and all of our current municipal and county elected officials are Democrats. In fact, right now, all local and county races (except for Sheriff) are underway with uncontested Democratic candidates. Of the nearly 21,000 registered voters in Princeton, 57% are registered Democrat (though many unaffiliated may lean that way as well). To expand on the views of the local Democratic party for those that align with it and to enlighten everyone else on what the “other” party thinks, we reached out to the Chair of the Princeton Democratic Municipal Committee, Tommy Parker, to get his perspective on today’s political climate.

Being the eternal optimist, I think these are hopeful, inspirational, motivational times to be a Democrat in Princeton. I’m excited how folks have rallied to get involved in the Democratic movement, not just locally but regionally and nationally to take back our democracy. It’s inspiring. Folks tied into the Blue Wave to be heard and see to it that during this election all are included, all voices heard.

I asked Scotia MacRae, past Chair of the Princeton Democratic Municipal Committee (PDMC) to respond:

The Committee, whose members are elected by the public every two years, is the official representative of the Democratic Party in Princeton. There are 44 elected members for 22 voting districts in Princeton. The members vote on ballot placement of local candidates and work to get out the vote in every election. They also vote on endorsement of local, state and national candidates at the Mercer County Democratic Convention. The Princeton Community Democratic Organization (PCDO), the local Democratic club, which any Democrat may join, is a prime source of volunteers for Democratic campaigns. The two groups work closely together. After the primary election, the Democratic Joint Campaign helps organize to elect local Democratic candidates.

As head of the Democratic Committee here in Princeton, if I were to impart some experiential wisdom to Republicans and unaffiliates it would be to please pay attention. Consider and explore your conscience and exercise your right to vote.

Mail-in voting isn’t new, it’s been around for decades. The effectiveness and efficiency was tested this year with great success during the primary. We’re doing it again. It’s back, it’s better, it’s considerate, it’s convenient, it’s protective. Governor Murphy has stepped up during this time of Covid-19, protecting the resident of NJ. The fact is that vote-by-mail further protects these residents who are voters. There are marked and monitored drop boxes for mail-in ballots all over the county or drop your mail-in ballot in the always reliable postal mailbox. It’s safe and dependable despite what that other guy is saying. Go on the Mercer County B.O.E. website instructions for how to vote-by-mail, provisional ballot use, guidelines for polling places to protect you as a voter and to protect your vote. (Or read the details in Princeton Politics: Everything you Need to Know to Cast Your Vote right here, in this issue of Princeton Perspectives.)

As Tip O’Neill reminded us “All politics are local.” So, I reached out to the top of the ticket in our local Municipal race and primary winner, Mayoral candidate Mark Freda:

Part of the reason for uncontested races at the local level would be due to Democratic activism and a philosophical belief in core Democratic values here in Princeton, the quality of our party’s candidates. Additionally, there was however a contest within our party for the council seats during this year’s primary. It’s very common for our candidates and elected officials to share differing viewpoints on many topics, leading to robust public discussions. And during primary seasons, the public picks who will best serve their needs and go on to become elected officials.

For this oft ask question, I asked Jean Durbin, past Chair of the Princeton Community Democratic Organization (PCDO) her thoughts:

Making sure that people are registered to vote, and that people know how to vote-by-mail. During this upcoming election, we also must rally around Democratic candidates starting at the top with Biden/Harris and working our way down. We know that local politics do matter.

There are efforts underway to ensure that people are registered to vote and know how to vote. There are also many opportunities for people to get involved and make phone calls and write postcards to help turn out the vote. The Princeton Democrats have organized phonebanks and tabling efforts, as well as made contributions to races across the state.

As a Democratic leader here in Princeton and without intending to be cliché, this literally is the most important election of our lifetime. We have to change the course of things. We have to take back our democracy. All are included, all have the right to be heard. All have the right to participate in pursuit of the American dream. The one sure and most important way to participate and be heard is to vote. Rally your family, your friends and neighbors tell them to get out and vote – it is their right, exercise it. As President Obama told us, “We are the change we’ve been waiting for.” We must Vote.

Thomas A. (Tommy) Parker, father of six now-grown children, is married to Joanne Parker, his rock and chief motivator. He is Chair of the Princeton Civil Rights Commission, Chair of the Princeton Democratic Municipal Committee and Founder of Committed Princetonians. Tommy is a coach, mentor and youth & education advocate. A long time Princeton University employee, he is also Labor Leader President of the largest local union on PU campus, Local 175 S.E.I.U.