Skip to content Skip to main menu
Home › COVID - A Year In. The Local Realities. › Perspective from a Year on Princeton’s Frontline 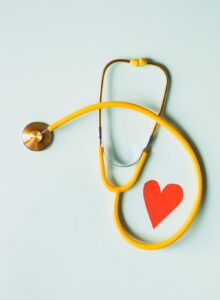 In 2009 when Princeton Medical Center began its partnership with the Children’s Hospital of Philadelphia, I was hired as the Medical Director of the CHOP Inpatient Pediatric Program. The hospital was in the center of the town and our family decided to live in Princeton so that we could immerse ourselves in the community. Since that time, the hospital has undergone many changes including a move to Plainsboro and a partnership with The University of Pennsylvania Health System. These decisions were made with the needs of the communities served by Penn Medicine Princeton Health in mind, and their significance was never more apparent to me than during this pandemic.

As the pandemic struck, the hospital was quick to adapt during an evolving process as supplies of COVID testing kits and personal protective equipment (PPE) were limited nationwide. The partnership at Princeton Health was critical as it gave us access to information and supplies that would have been more difficult to attain if we were still an independent facility. As the size of my household grew, with two of my daughters from college returning home to continue their college education online, everyone knew that the days when I was not at work, noon would find me on the COVID-19 call with the hospital. This daily call was important because leaders from all areas of the hospital met to discuss the most pressing issues of the day.  Each day, there were dozens of issues to be addressed, resolutions to be discussed and then to be followed up on at the next day’s meeting. The first few minutes you held your breath as you heard the patient numbers and learned how many patients were on ventilators in our hospital and in the state. At the time when the numbers were climbing, we did not know when we would reach the plateau and that was the scariest part. We were fortunate that even though our COVID numbers were high at Princeton Health, we never came close to the numbers that were projected.   Whether they were involved in direct patient care or not, the staff was tremendously dedicated to caring for patients and to bringing them some emotional comfort, since they could not have visitors.  They often provided tablets so that family members could Face Time with patients, or they would push their wheelchair to the window if loved ones were waving or holding up signs from the parking lot below.  These moments meant a lot to patients and staff. 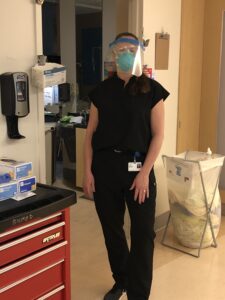 The community really turned out to support the health care workers at the hospital. There was signs and cards that greeted us throughout the hospital, where we walked in and at key points throughout the hallways. There was an outpouring of support from people who wanted to do something for the workers, and we received donations of PPE as well as financial donations specifically to support the fight against COVID-19. I received emails and texts from members of the community or friends of friends who wanted to know how they could donate supplies. As an active member of the Foundation, I was fortunate to be involved in the discussions centered around coordinating the donations and ways in which to utilize some of the donations to support the staff. One of the suggestions included sponsoring a meal for the hospital staff to take home to their family and over the course of one week, everyone received a packaged meal from one of the local restaurants at the end of their shift. It was a relatively small gesture, but it was heartfelt and it really made an impression. In April, hundreds of the local first responders in the community arrived at the hospital in ambulances and fire trucks with light and sirens blaring to honor the health care workers at the hospital.  It was moving to be honored by all these people who were also risking their lives every day for the sake of the community.

Work was stressful. We were fortunate in pediatrics that the children were often not affected as seriously by COVID-19 as their adult counterparts. Most children with COVID had a bad cold or prolonged fever but did not need to stay in the hospital. My colleagues and I went from never wearing scrubs to work to living in them. We all struggled with concerns about going home to our families after a shift and some of the hospital workers decided to stay in alternate locations. Parents in general were nervous to bring their children to the hospital and the number of pediatric patients we saw in the ER was less than usual. It was common in pediatrics for us to wear a gown, gloves, and masks for patients we saw with illnesses that could spread through respiratory droplets, like patients with chicken pox or pertussis. Now, we all wore them for all patients. We were educated on the proper way to don the PPE that was now required and it became almost a ritual because everything had to be put on in a certain way including making sure your gloves covered the sleeves of your gown so that you were completely protected. We were always cautious, but when I was caring for a patient with a fever or one that was COVID positive, I would take an extra minute outside the door to focus and reflect before walking into the room to make sure to take my time and not risk an exposure.  In the past, I would approach my young patients by looking them in the eye or engaging them before the exam to gain their trust. After COVID, it was hard to expect them to be trusting when they were being approached by a stranger wearing goggles, a face shield, and a mask. The staff tried to focus on small victories, and the highlight of the day would be hearing the song “Here Comes the Sun” play overhead because it meant that a patient that had been on a ventilator with COVID had recovered enough to be discharged. There were the days when you would hear the song played multiple times, but it was notable that on other days when it was remarkably quiet. 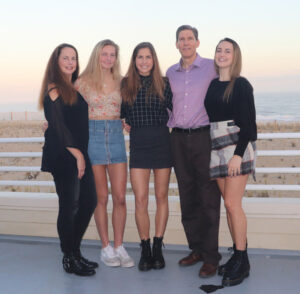 My oldest daughter, who was a senior in college, was in her final lacrosse season and after their sixth game their season ended abruptly. She still has not had her official graduation from college that had been scheduled for May 2020, and we received her diploma in the mail. Her friends got in a senior photo shoot before campus closed and they held a virtual senior day for the players, but it was just not the same. That special moment to celebrate all the girls and what they had accomplished over the four years was gone. No matter what they come up with to take the place of graduation, the people and experience will never be the same. My middle daughter, a sophomore, left college in March for Spring Break and the students just never returned. A month later, they were given a short window of time to return to campus and clean out their dorm rooms. I remember that none of her roommates were there and it was an eerie feeling packing up all her stuff in just over an hour and to take it home. She missed her spring and then the fall soccer season as her school remained virtual as there were no activities on campus. She is currently back at college, learning remotely, but they have been allowed back on the field, with COVID testing multiple times throughout the week, despite no spectators being allowed on campus. 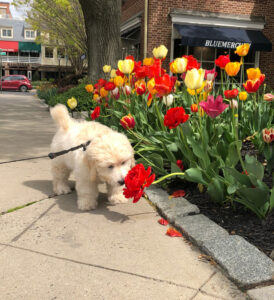 My heart breaks for the children and the opportunities that they have lost, as I have seen firsthand the amount of stress and anxiety among children and adolescents in Princeton and nationwide are experiencing. I do feel that I was fortunate to be able to spend more time with my girls that were not supposed to be home, and we are closer as a family for the time we spent together. As the world shut down, the family made a split-second decision to get a puppy and it was one of the best decisions we made. The whole family participated in his training and we bonded over shared moments as he grew. He was so sweet and since it was a new experience for us, it made us forget briefly about some of the things we were missing. The Princeton school system has worked hard to support the children and a defining moment for my family was when the School Board at Princeton High School allowed varsity sports to resume this past fall. It was not by any means a normal soccer season for my youngest daughter, but at least this allowed some sense of normalcy as the ability to participate in sports at the high school level is a defining point for so many students.

My family felt safe in Princeton during the pandemic. It was great to know that Penn Medicine Princeton Health was available to the community. Local establishments have been resilient, and the community has been good about wearing masks and observing social distancing protocols as you can see when you walk through town. I think the day that town can gather and celebrate Communiversity in person, that will truly be a day for celebration. Personally, I am looking forward to my daughter’s graduation ceremony!

Alicia Brennan is the Medical Director of Inpatient Pediatrics for CHOP Pediatric Care at Penn Medicine Princeton Health. Dr. Brennan is also a member of the Board of Trustees of the hospital as well as the Secretary for the Princeton Medical Center Foundation Board of Directors. She has been at the hospital since 2009. Dr. Brennan did her training at The Johns Hopkins School of Medicine and did her residency at Children’s Hospital of Philadelphia. She currently lives in Princeton with her husband Robert Lis and has three children: Taylor, 23, Devon, 21, and Sophia, 16.

The Pulse of Princeton:
How has this past year of the pandemic changed you?

Princeton Happenings – What’s Going on Now That May Impact You?