Skip to content Skip to main menu
Home › Princeton Happenings - What's Going on Now That May Impact You? › What is a SID and How Will it Benefit Princeton? 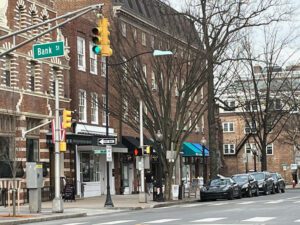 There’s a reason people choose to live in Princeton as opposed to some of the neighboring towns. Besides its highly rated schools, the walkability and vibrancy of town is another strong attraction. Therefore, many would argue that keeping the business community strong and providing opportunities for it to be even stronger and more vibrant would benefit both businesses and residents alike. However, there has been much debate about how to best make this happen. 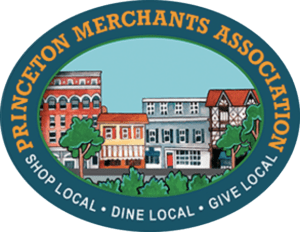 For decades, there have been talks amongst the business community, and under the guidance of the all-volunteer Princeton Merchants Association (PMA), many Princeton commercial interests worked together to pursue a strong coalition for years. When COVID hit, and owners were at the same time trying to save themselves and creatively help the overall community, it was realized that more was needed. Funding, a fulltime employee and a need for dedicated marketing experts were some of the things that were noted. That’s when representatives of PMA, working with Princeton Councilwoman Michelle Pirone Lambros, approached Princeton’s Economic Development Committee. Council then commissioned a study and appointed a steering committee (comprised of 18 property, business and nonprofit leaders), which hired a consultant and ultimately conceded that the creation of a public-private partnership known as a Special Interest District (SID), should be the way forward. On February 28th, Town Council voted unanimously to create the SID which will be known as Princeton Business Partners (PBP). SIDs are guided by state statute, to create a management group that works with the municipality to promote economic growth. 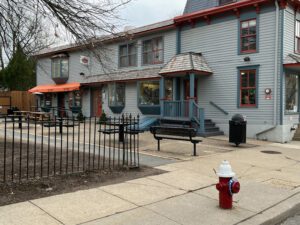 “That’s been an old aspiration of many local entrepreneurs and city leaders. The pandemic has accelerated the need of forming a private corporation with the participation of local authorities to accomplish many tasks oriented to have a better Princeton, for both property and business owners, as well as for residents,” shares Omar Delgado, owner of Say Cheez Café and a member of the steering committee. “We expect to show Princeton as the best cultural destination for the arts, dining, and entertainment. All businesses will benefit from more loyal visitors, for welcoming more shoppers during cold months.”

The SID funding will come from a special assessment paid for by property owners (who will decide whether or not to pass this along to their tenants). Nearly 390 properties will be included in PBP, from across town. While it is recognized that some businesses may benefit more from the SID than others, the assessments will scale from 1-3%.

“We’ve been struggling with this point for 20+ years, talking about putting one in place. But talk only goes so far,” shares Josh Zinder, owner of five Princeton properties, including one that’s home to his company, Josh Zinder Architecture & Design. “My father used to tell me if you want to make money you have to spend money. That’s how I see this.”

The development of a SID was often thought needed to improve a dilapidated downtown area. But, through the years it has come to improve districts in already-thriving towns like Princeton, such as Livingston, Westfield and Somerville. 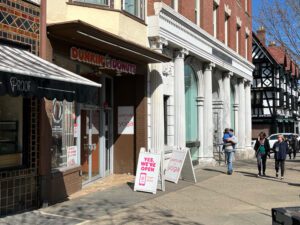 “Perhaps downtown Princeton is not dilapidated, but it certainly needs improvement, and the current methods are not doing the job,” believes Bill Hare, owner of a property at Nassau & Witherspoon that currently houses Dunkin Donuts and Gratitude Yoga. “Beyond just my view of the downtown and how that can be addressed by a SID, I would like a SID to address the regulatory process of renovating properties and opening new businesses. The town does a good job working with property owners to renovate properties so that new businesses can move in. However, no process is perfect, and a SID could speak for the downtown and businesses with one voice to suggest improvements or changes to the process.”

And many other local property/business owners agree. A letter signed by 60 of them was read aloud at the February 28th Council meeting, before the vote. In addition, over a dozen others called in and voiced their support. 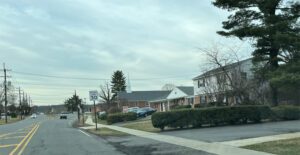 But the community has not all been in agreement. Nearly a dozen property and business owners also called in on Feb. 28th and shared a desire to postpone or stop the vote, citing concerns of how the benefits would outweigh the cost, notably with how far reaching the SID is with regards to some of the businesses it’s chosen to include.

Barry Perlman stated, “SID is a great idea for restaurants, retail spaces, etc. But I work for Princeton Penn Medicine. Including physicians’ offices is just casting a wider net and collecting more money for it.”

Lance Liverman, former Councilman and residential and condo developer agreed, saying, “I support the SID, but I don’t think it should be town wide. There’s very little a SID can do for me and my business. I’d like to see lines drawn on the SID to make it more advantageous.”

This concern was highlighted during the discussion between Council members and some of the steering committee representatives. Some responses shed light on the fact that the central business area of Princeton keeps growing, year after year, and there is no knowing where to draw that line. While others explained that whether it’s the addition of a Princeton transit stop near their office or to be included in a business directory, there are benefits.

“Property owners understand tenants come and go, they may need help at any time for zoning changes, allowable use changes, new signage, helping them attract tenants, keep tenants, etc. Having a vital town, with great attractions, stores, restaurants and other services, makes people want to live and work here,” contends Councilwoman Pirone Lambros. “A property owner may need it down the road. That’s why cost could be nominal, but everyone participates.”

Princeton tax-paying residents, who asked to remain anonymous, shared concerns with Princeton Perspectives about how this will truly impact Princeton and its residents. They stated it appears to be mostly developers and larger business owners that have led the charge for a SID. And there’s concern for the small business owner trying to stay afloat.

“The local businesses, they’re just starting to come back, and they’ll be hit with another ‘tax’.

It’s like they’re using COVID as an excuse,” shared one resident. “No amount of taxes will fix the amount of work that needs to happen to come back from that.”

There is also a worry that personal interest may be rising above public interest, as another resident suggests.

“Times pass and small people eventually get squeezed out by the bigger ones (referencing the rental costs allowing many chain stores to take over spaces once used by mom & pop businesses). We can’t go back, but I think there always needs to be a good check on developers and that’s always been an informed electorate and responsive government. I feel the voices of the powerful and getting louder.”

For those smaller business owners that have thus far sustained, there is concern about what kind of voice they’ll actually have with PBP, as was shared at the public meeting.

“Property owners are stakeholders, but business owners are not included as stakeholders. I get a little bit concerned about what voice we have,” expressed J. David Waldman, owner of Rojo’s Roastery in Palmer Square. 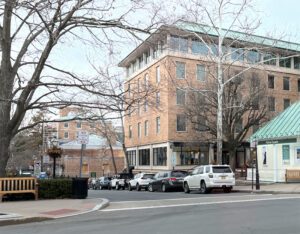 Palmer Square tenants, because they already pay into promotional funding provided by Palmer Square Management, will be paying a lower assessment. Princeton Shopping Center has a similar situation, and the hope is that PBP and those management companies will develop a collaborative relationship and leverage their opportunities. But the SID is also being set up in a way to enable the business owners themselves to have a voice. With the approval from Council, four incorporating officers have been chosen. They will become part of a 15-member volunteer board, comprised of property and business owners (with a 51% property-owner ratio). There will be one fulltime paid employee to run the SID, 2 municipal representatives and several committees will be formed, to focus on specific aspects of the SID. Committees can be joined by anyone that wants to be involved. PBP will be held to the open public meetings act, so all residents and businesses will have a regular chance to listen and share feedback. For those who voiced strong opposition leading up to the Council vote, there is hope they will take part.

“We’re going to keep inviting them to participate and be part of the process. Some of the most vocal members in opposition, we’ve invited to be on a committee. Andrew Seigel (owner of Hamilton Jewelers) went to the steering committee convinced this wasn’t going to be right, yet the more he looked at it the more he believed in it. A lot of it is just a process of understanding and learning about it,” Pirone Lambros explains.

There is hope that as opponents learn more and participate, they will see the reward. But there are some elements worked into the SID creation to provide controls if they do not. The SID fees will be assessed annually, so if the costs don’t appear to match the rewards, business and property owners can speak up and attempt to fix them. There is also a term limit.

“The SID automatically terminates after five years unless the town votes to extend it,” details Hare. “This gives five years for the SID to prove to everyone that it works. If it doesn’t function as desired, I will be glad to see it terminated and then we can try something different. However, I expect it to be successful.”

The Pulse of Princeton:
What are your thoughts about the changes happening around Princeton?